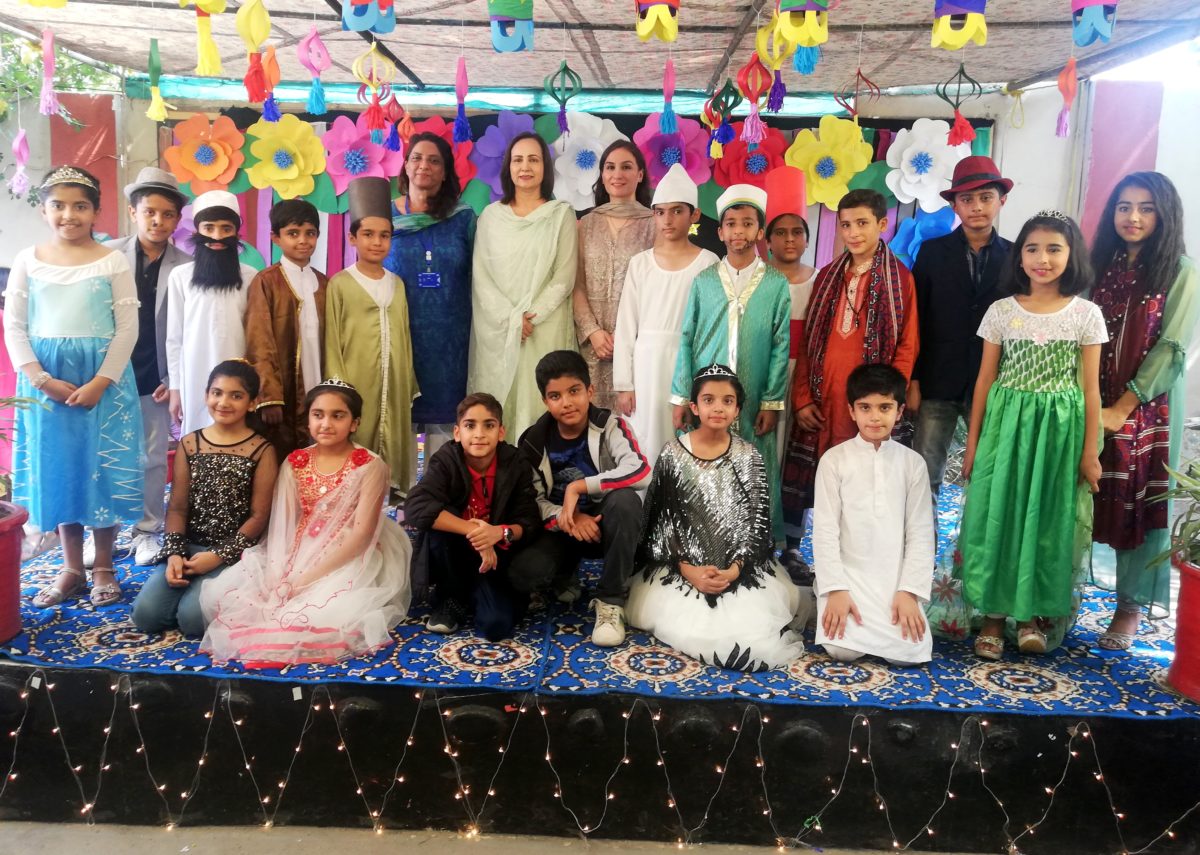 An annual talent show was organised by Peshawar Road Primary Branch with the objective to encourage the students to show off their talents. Prof. Raana Qazi, a renowned educationist was invited as the chief guest to be a part of the day and to come and see the students displaying their talents.

The programme formally began when the Section Head Madeeha Umer gave a welcome address and handed over the mic to the students. The students started to show their talents in the ‘Naat’ and ‘Qirat’ category first. Dressed up in white the students very modestly performed on the stage and warmed the hearts with praises for Allah. The program took a very colourful turn when a group of students came on the stage to show their abilities in ‘Origami Art’. Their dresses designed in 3D pattern and made out of recycled newspapers had the attention of the audience as they displayed their art works.

Owing to the interest shown by the students in the performing arts category multiple acts, dramatic displays, singing and dancing performances were staged. A beautiful adaptation of the famous poem ‘Aik Makra aur Makhi’ by Allama Iqbal was presented by the primary students. The students not only sung the poem but also performed side by side, their costumes and props adding colour to the performance. Multiple dance performances were also presented as the program continued. Break Dance performed by the students on catchy tunes lifted the mood of the audience as they cheered and clapped along. To gather the attention of the audience the performances were made relatable with respect to the everyday trends. Girls showing interest in hairstyling show cased their abilities through a ‘YouTube Tutorial’ hosted and presented by the students themselves on the stage, revamping the idea of YouTube tutorials. Students also showed their talents through a magic show. Using several tricks facilitated by colourful props the little magicians gave a stellar performance.

Everyone enjoys singing, be it bathroom singing or singing on the sage in front of an audience. The young singers of Peshawar Road Primary Branch had the audience in awe as they sung a beautiful piece of Sufi poetry. The whirling dervishes at the back of the stage in their tombstone-like felt hats and billowing white robes fascinated the audience who gave a huge round of applause as the performance ended.

The talent show came to an end when a dramatic display based on incidents and events picked up from the life history of famous Urdu and Persian poet ‘Mirza Ghalib’ was presented. Dialogues delivered by the students with perfect intonation, costumes that took everyone back to the old times and poetry that reminded everyone of the grandeur of Urdu language; the dramatic performance had everyone enchanted by its completeness.

Section Head, Madeeha Umer thanked the chief guest and the worthy parents for attending the show. Special words of encouragement and appreciation were spoken for all the participants for displaying their talents and for the teachers for arranging a successful programme which gave a platform to the students to explore their talents and skills.