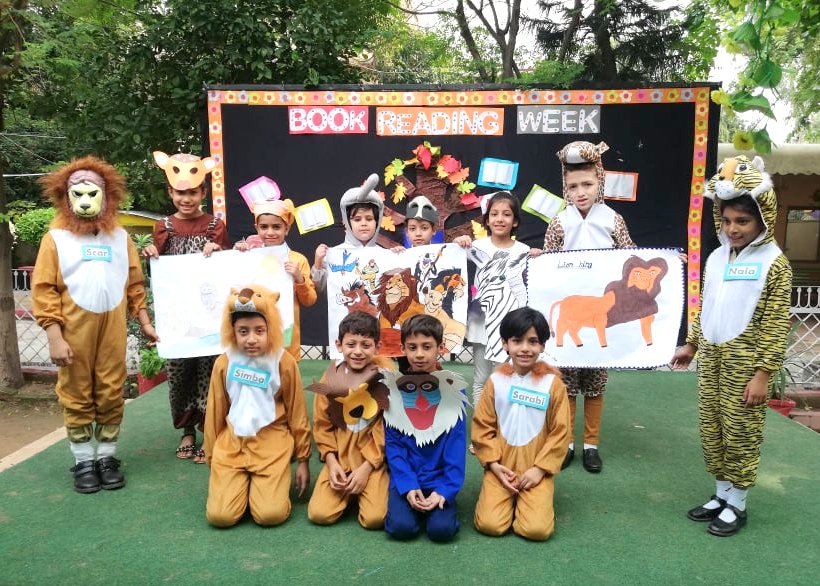 The Satellite Town Montessori branch held several activities throughout the week encouraging the students to read. The buzz and excitement to read something new was witnessed among the students as they came everyday looking forward to a new activity planned by their teachers.

The Montessori students owing to their grade level did activities assisted by their teachers. The activities for the little tots of Senior Montessori were defined to the level of three and four letter words. Reading of books was done with the assistance of the teacher and later the students identified the vowels, matched the pictures with vocabulary words and discussed with their teacher about their favourite character from the readers. The Advanced Montessori students presented their acting skills as they first read small passages from the book and later acted on it. The perfect little props and the expressions of the students combined together with the giggles of their fellow friends made the story time even more fun.

The students of grade 1, 2 and 3 were no less and participated actively. Crossword puzzles were solved in the classrooms in groups while some students decided to solve them individually. Books were read by the students with much enthusiasm and the book reading was followed by poster making and review writing. Colourful posters were made by the students using different mediums. Some made posters of their favourite character from the book while some painted out a scene from the story. The writing skills of the students along with the reading skills were also focused upon. Short reviews were written by the students as they read different books, sharing their views from different angles and sharing with everyone about what they learnt from it.

The Book Reading Week ended with a special assembly when a dramatic display on the book and movie ‘The Lion King’ was presented. The audience cheered with excitement as the soundtrack was played and the presenters started coming on the stage one by one wearing masks and costumes. Section Head, Anila Usman appreciated the students and teachers for a well celebrated week and shared with them about the super powers that one gets through reading, imagination being the greatest of all.