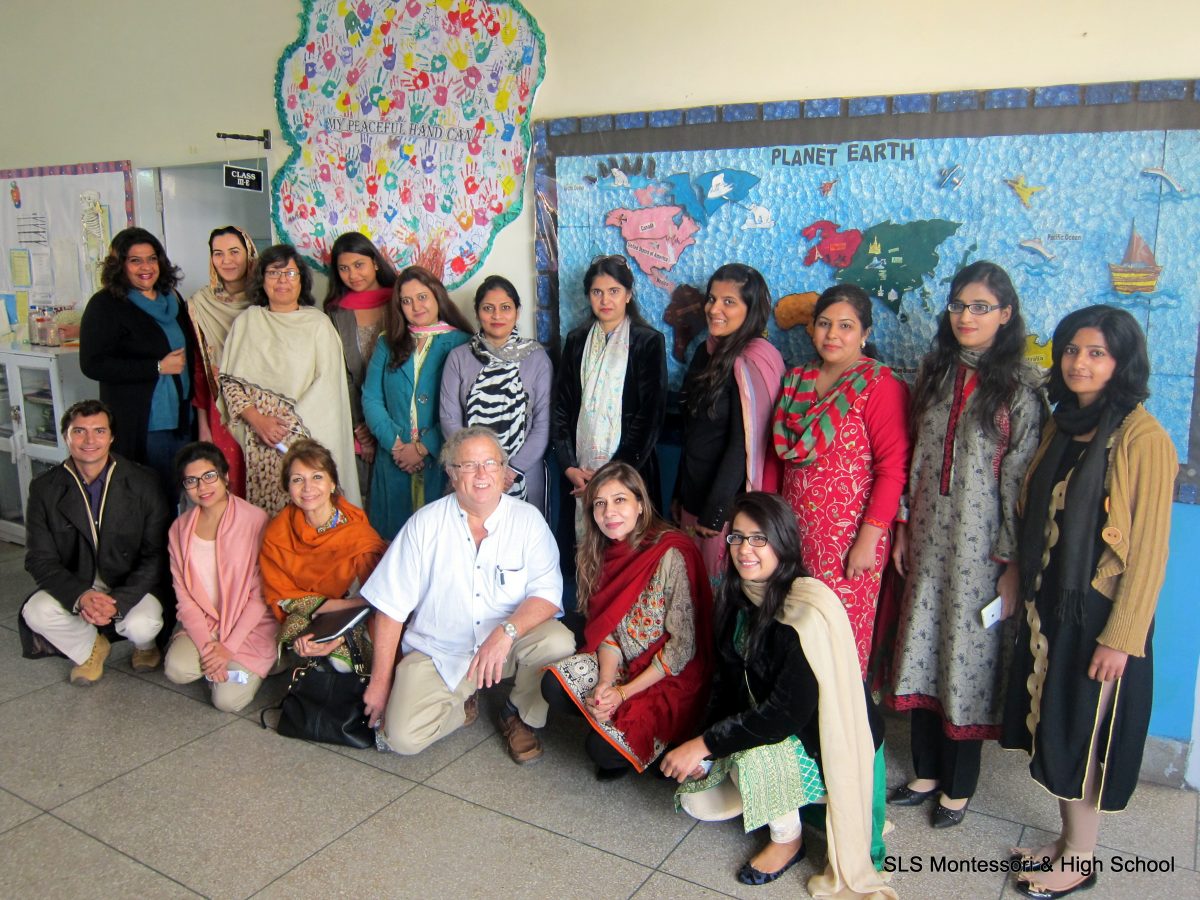 Horsburgh, most famously known for his ‘New Oxford Modern English’, ‘Oxford Reading Circle’ and ‘Oxford Primary Science’ books, which are used in schools throughout Pakistan, has penned down more than 250 books for students with different pen names.

It was with great excitement that the students and teachers of the SLS Lalazar primary classes met the author whose textbooks they are using. Students and teachers showed Horsburgh how they learnt and taught their Science and Social Studies lessons using the technique of writing and singing chants. Difficult names and tough concepts to be memorized all became easy when the teacher penned them down in the form of a poem with the help of her students.

Horsburgh used humour to connect with the students for an interactive talk. The students were asked how they knew what they learned was accurate, and used several examples to challenge accepting what their teacher had taught them. If I say North is here and not here, how would you know it’s right?, he asked students of grade 3. One student immediately said Google. Another student brought up Horsburgh’s book up to him and showed him how to read cardinal directions.

Horsburgh also gave a talk to the English and Science Regional Coordinators at the SLS Head Office. He spoke about his experiences growing up in India as well as of the school his parents founded in Karnataka in 1972. He put a lot of emphasis on certain teaching methodologies used in India and Pakistan that are not conductive to the true learning experience of students. While every example was given in a humourous way, it gave a lot of food for thought to all the teachers and coordinators on the teaching and learning techniques used on students. Horsburgh emphasised that the focus of education must be on critical learning, instead of rote memorization.