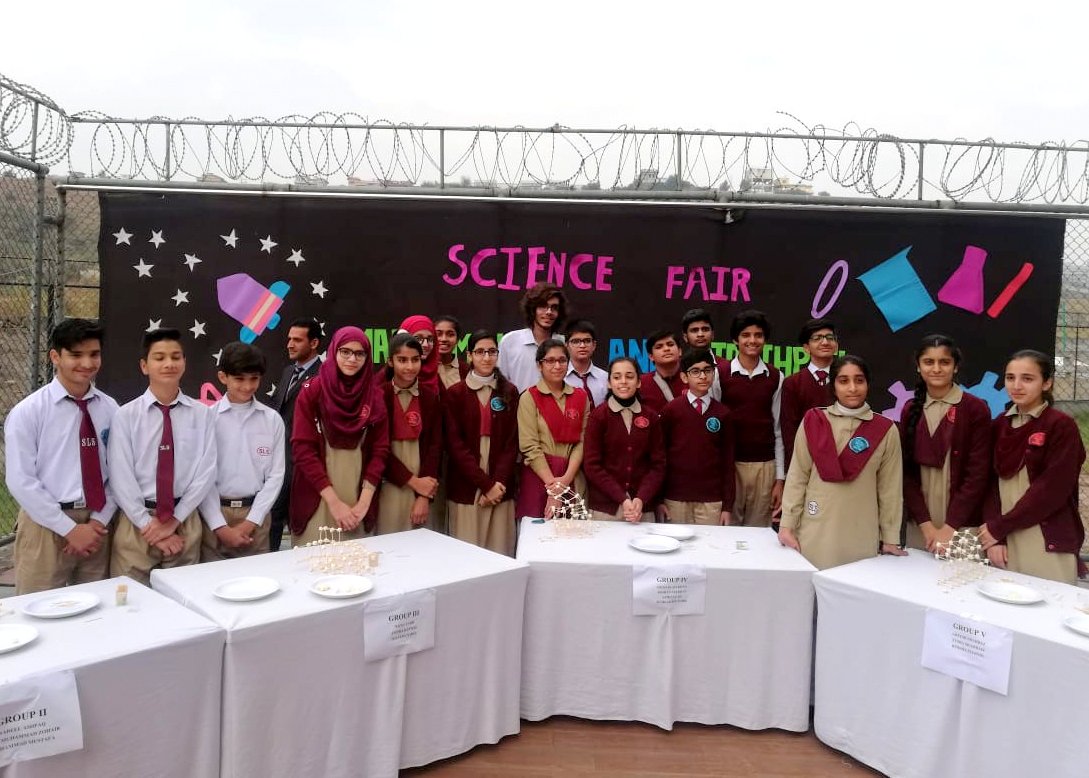 The primary students presented several experiments on everyday scientific phenomena’s. Experiments like floating and sinking of objects, travelling and bending of light, formation of shadows, density of different objects, change of color in flower petals through capillary action and many more were performed by the students. A group of students made a miniature water dispenser by using a water bottle. The students had the audience in awe as they explained the science behind the working of the dispenser by maintaining the water pressure as they opened and closed the cap of the bottle. A handy water filtration plant was also seen in one of the classrooms which was designed by working on the idea taken from the presence of underground water resources and the filtration of water by passing through different layers of soil.

The secondary students were no less and participated enthusiastically. Grade 6 students participated in the egg drop activity. Carefully designed apparatuses made out of different materials each group tried their best to keep the egg safe. The school ground was filled with cheering and applause for all the participants as the apparatuses carrying the eggs inside were dropped from the fourth floor of the school building. Students of grade 7 were assigned a group task of doing research on different topics.

The last part of the program was the exciting ‘Marshmallow Tower Competition’. Held between different groups of grade 8 students, towers were made by using marshmallows and toothpicks. Following the time limit of 10 minutes the students built the towers, each group following a different strategy to keep their tower stable and increase in height simultaneously. The excitement and the cheering of the crowd increased as the countdown began in the last 10 seconds. Winners were announced after measurements of the towers were taken and were also asked to share their experience with the audience in the form of a victory speech.

The science fair came to an end as Managing Director, SLS Schools, Mrs. Asiya Talha shared words of encouragement as she acknowledged the efforts of the staff members and students who with their collective effort made the event successful.