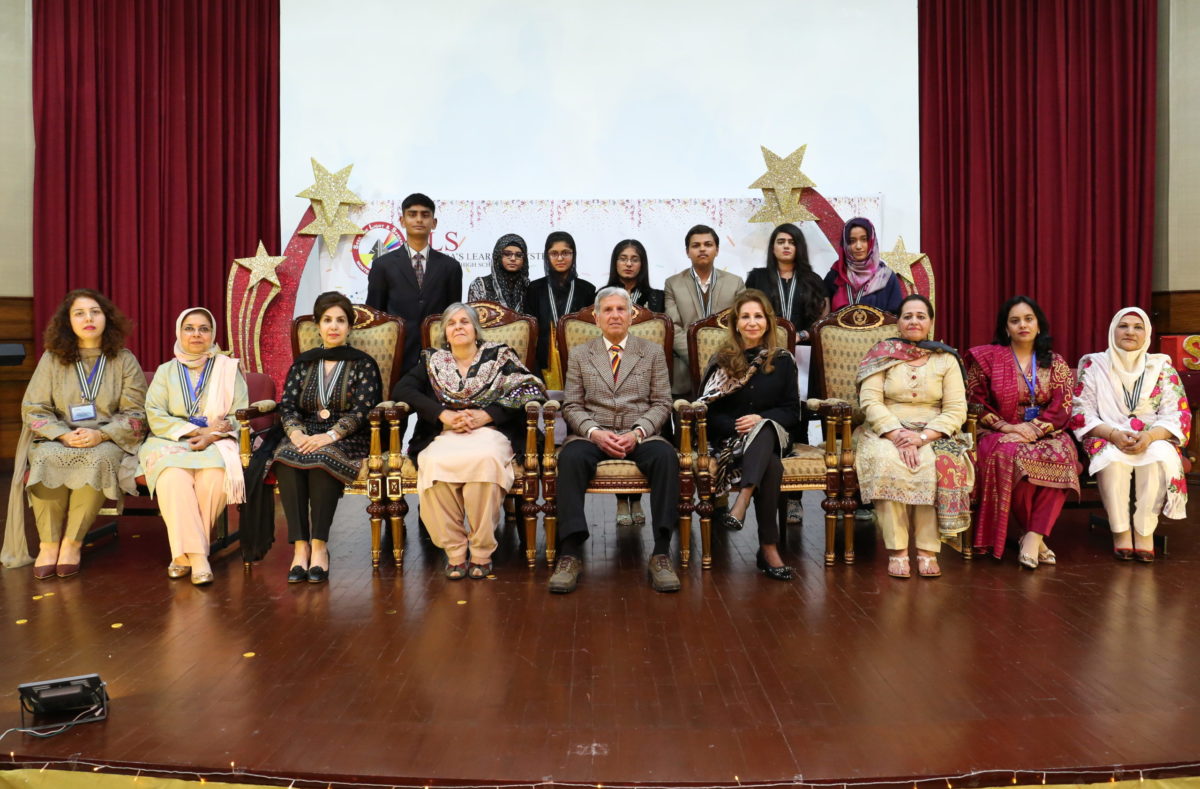 The graduating batches of 2017 and 2018 had a total of 661 graduates out of which 500 scored A+ and 150 scored A grade. 181 students securing 91% and above were awarded medals for their outstanding performance. Special cash prizes were given to the students who secured the top three positions from all the SLS campuses.

The Managing Director, SLS Schools, Mrs. Asiya Talha welcomed the guests, students and their parents. She appreciated all the achievements of SLS team who had always worked hard towards their goals. The efforts of SLS to motivate the students to work hard by providing academic scholarships worth Rs15 million for the year 2017-18 received a lot of appreciation from the parents. In addition to academic scholarships a total of Rs3 million were given as financial scholarships to the hardworking students in order to help them continue their studies.

The auditorium was filled with claps and praise for the 84 students who have visited The United States of America till date through the IEARN program. A special thank you note was given by Mrs. Asiya Talha to the donors, students and parents of SLS for supporting the two community support projects, Bostaan’ilm School for underprivileged Children where a total of 3.1 million Rupees were spent on scholarships in the year 2017-18 and An Najm Technical Training Institute for underprivileged boys and girls, being run by SLS. The students were reminded to always give back to the community what they have learnt and gained as true success and happiness is achieved only by helping others.

To lift up the mood of the audience the students gave several performances. Their perfect costumes, background music and expressions added beauty to the function. The auditorium was filled with applause for the brilliant young singers of SLS who sang several national song filling the auditorium with the spirit of patriotism.

The Principals, Section Heads and Coordinators of all the campuses were presented with certificates and also appreciated for their teamwork. The ceremony came to an end when the chief guests gave thank you speeches congratulating the high achievers and reminded them of small ways in which they can contribute towards making Pakistan a prosperous country.