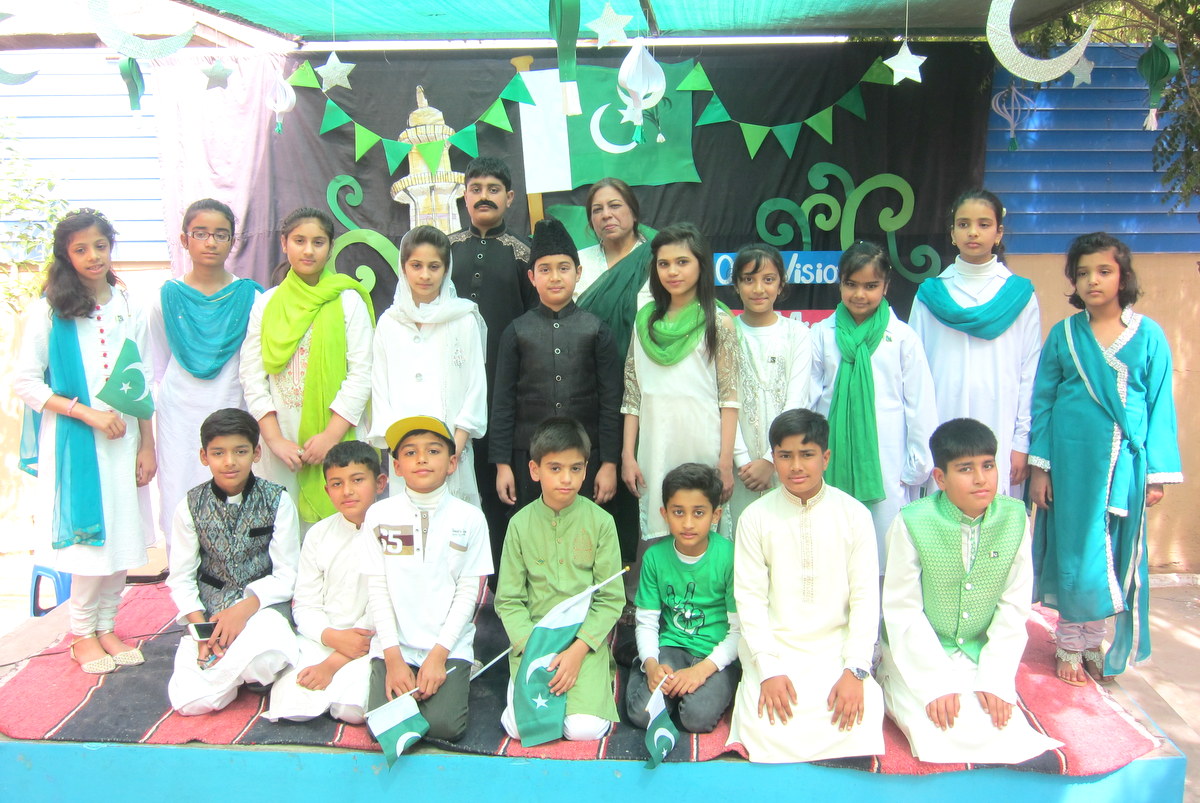 SLS Civil Lines Primary Branch celebrated the event in a special one-hour assembly that showed their patriotism and also educated their fellow friends about the history of the day.

The school compound looked beautiful covered with shades of green and white. Stick flags, paper flags and green and white balloons were seen everywhere in the assembly area. The first performance was on a national song. The students presented speeches in Urdu and English commemorating the dream, vision and mission of the day. They also shared a one line commitment they had made to work towards a better Pakistan.

The next performance was a medley of national songs paying tribute to the armed forces of the country. Boys and girls dressed as army officers marched and sang on stage wearing green and white headbands and holding stick flags. All the teachers and students in the audience sang along with them, and it was a beautiful sight to see.

The last performance was on ISPR’s “Hum Sab Ka Pakistan” marking the 77th Pakistan Resolution Day. The theme of the performance was “unity in difference”; that despite of all our differences, we are one nation with one vision and we will stand together no matter what. Some of the performers wore regional dresses while others wore green and white with green scarves adorned around their necks.

At the end of the program three students walked up on the stage dressed up as Quaid-i-Azam, Allama Iqbal and Fatima Jinnah and narrated a wish for the betterment of the country. Section Head, Huma Nasir, appreciated all the participants and the enthusiastic audience of students. She told the students that celebrating this day with so much pride also meant a promise to work for the nation and its people.