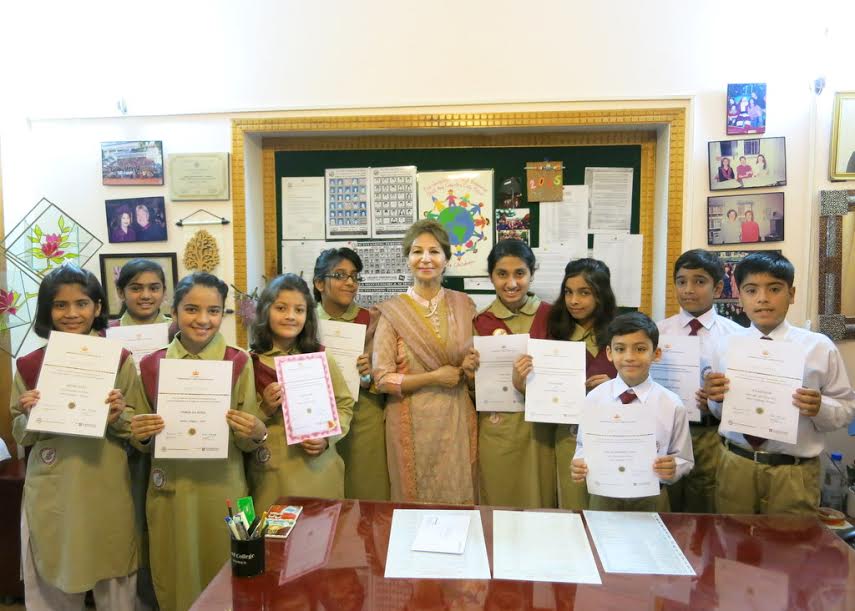 As many as 10 students of Sadeeqa’s Learning System (SLS) Montessori & High School have won distinctions in The Queen’s Commonwealth Essay Competition, says a press release.

The essay competition is held every year by the Royal Commonwealth Society, England in partnership with the Cambridge University Press. This year the competition made a record with 13,000 entries from 600 schools from 49 Commonwealth countries and territories. The topic was ‘A Young Commonwealth’, imploring young minds to voice their hopes and concerns about the future of the world they are growing up in. From the 13,000 entries, 3000 participants won an award.

Students of different campuses of SLS School wrote about varying concerns of a young person, from the everyday problems of a teenager to how global warming will affect their lives on a global scale in their adulthood. Students wrote about how never before have young adults been in the unique situation of where they not only have to think about their immediate school, friends, family and neighbourhood but also interact with the world choosing to be an advocate for and take responsibilities for global issues.