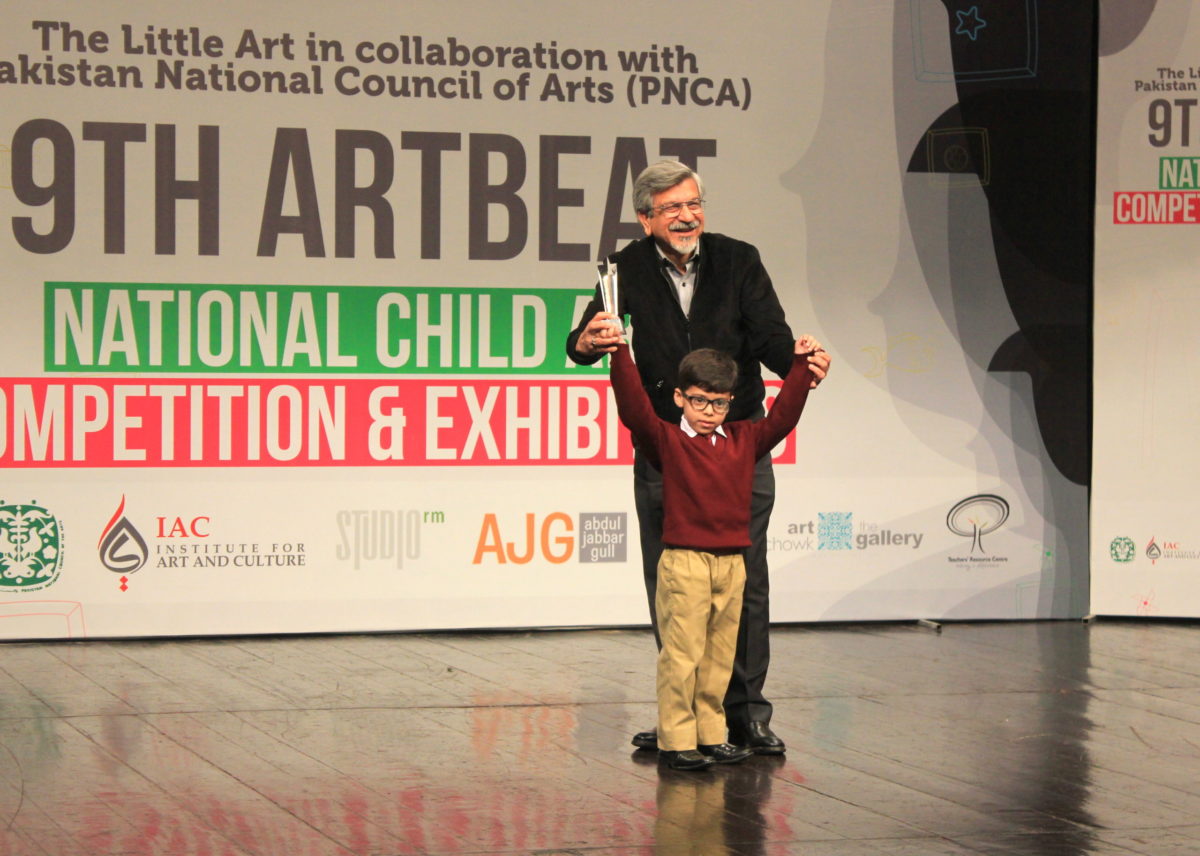 Over a dozen of young artists from SLS were invited to receive certificates and prizes at the opening ceremony and exhibition. The opening ceremony took place at the Pakistan National Council of the Arts, Islamabad where a large number of parents and students came to see the exceptional art works of the students. This year’s competition received an overwhelming response with over 7,000 artworks from all across the country.

The jury for this year’s competition consisted of renowned painters, sculptors and visual artists of Pakistan. Following the winning streak of the last two seasons, the SLS students made their teachers and parents proud again as they won cash prizes and were also declared as National Winners. M. Aaliyaan student of SLS, Peshawar Road Montessori Branch stood 1st in age group A and won a cash prize of Rs7,000. He was also declared as the National Winner. Mahrooh Zainab Asif, student of SLS, Islamabad Campus stood second in category B and won a cash prize of 5000 rupees. Out of 71 artworks from the North Region that were chosen for exhibition, 15 were made by the students of SLS School.