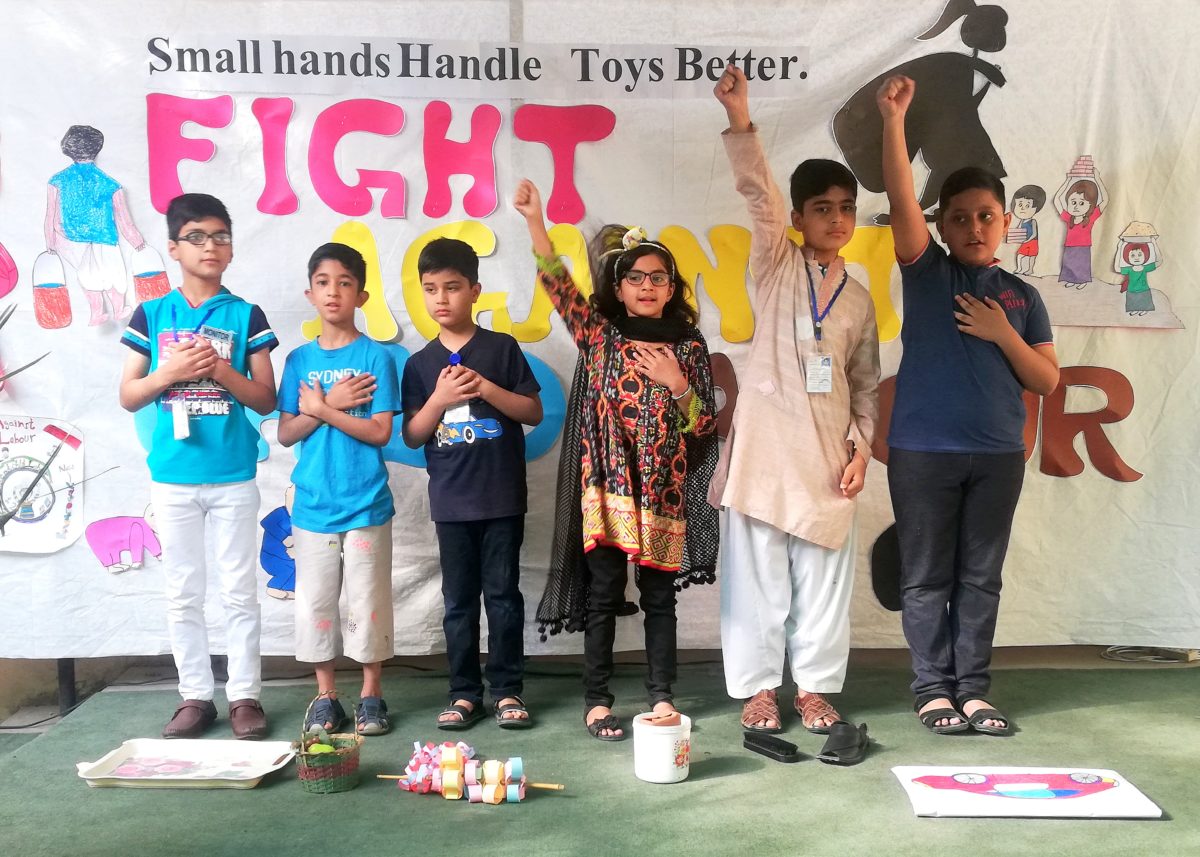 The primary students of SLS, Satellite Town, Chandni Chowk branch marked the day by presenting a special assembly and some awareness activities in this regard. The program began with a speech in which a student explained the topic and highlighted the significance of observing this day, to the audience. The speech was followed by skits and poem performances based on the theme “Small hands handle toys better”.

Skits were performed making the topic of the special assembly easier to understand for the students. Different types of child labour in Pakistan were demonstrated by a skit making the children realise the prevalence of child labour in our society. The wishes of children working as labourers and their dreams for a better life were presented in the form of a song and a role play. Next up came on stage a group of girls who recited a sweet poem. Holding placards in their hands they tried to present the despair of these children and hope for a brighter future.

A one to one session with child workers and their lady owners was also held. Students gave presentations to the lady owners sharing with them some facts, government policies and effects of child labour in the society making them aware of the rights of the children. The students also spent some time with the child workers and together they performed some educational activities. The children were taught to write their names, a colouring and painting activity was also held which helped breaking the ice and developing new friendships. The session ended with Branch Head, Rubeena Munawar appreciating her students and teachers for their efforts. She expressed her views and distributed gifts among the child workers as a token of love from the SLS staff and students.