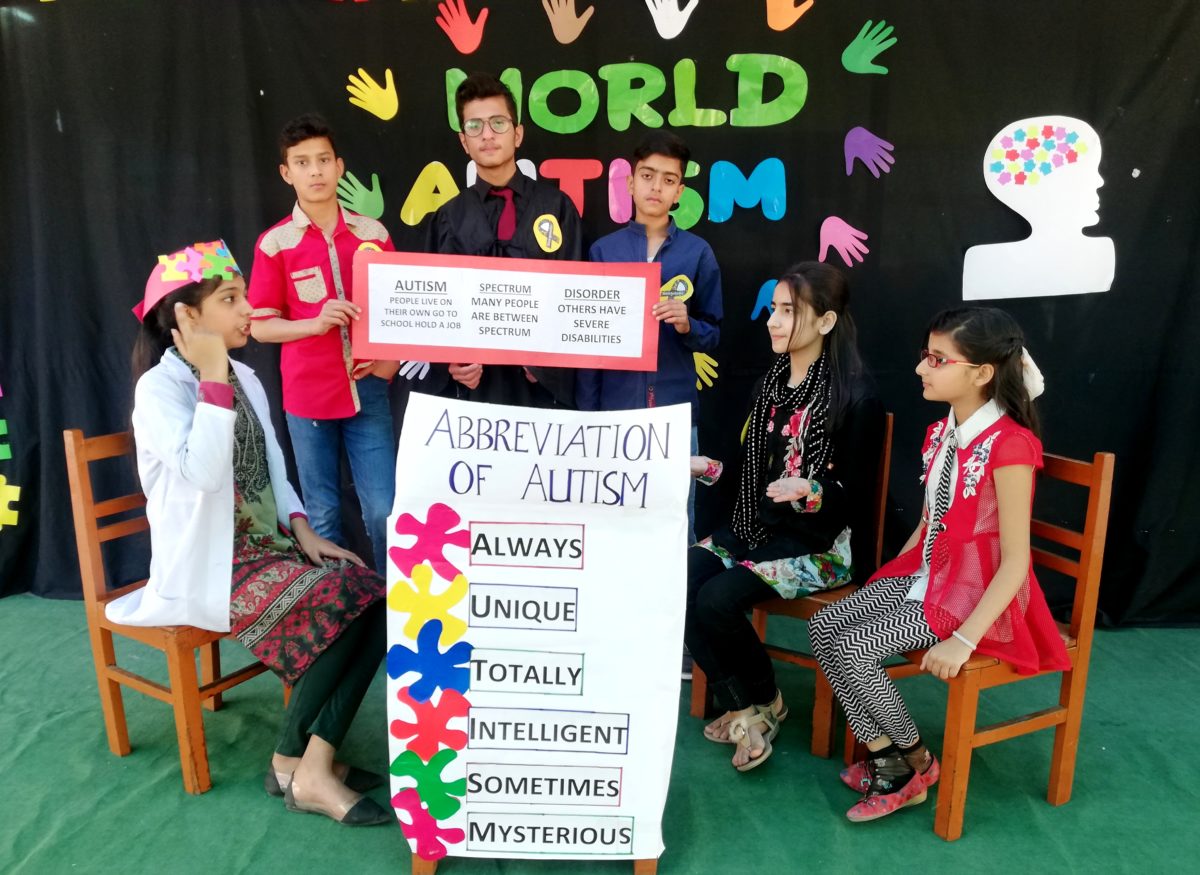 The Harley Street Senior Branch held a special assembly in this regard creating awareness among the students about the Autism Spectrum Disorder by highlighting its causes, symptoms and ways to cope up with it.

The special assembly started off with an introduction about the day outlined in the form of a dialogue between a doctor and a student discussing various features of the disorder. The students were informed about the severity of the disorder depending upon the age, its causes and treatment. Some statistics were also shared pointing out the occurrence of ASD more in males as compared to females. The next presentation focused on displaying the most commonly observed symptoms in an individual suffering from Autism. Limited social interaction, sensitivity towards sounds and noises, limited vocabulary and difficulty in identifying objects in the surroundings were explained through the help of a demonstration.

Different levels of Autism Spectrum Disorder were explained by a student of grade 10 who started off with highlighting the beauty lying in the differences among individuals and that just like physical differences our brains also work differently. The last presentation of the special assembly was on a beautiful song performed by a group of grade 7 students, giving away the message about appreciating an autistic individual by encouraging them instead of isolating them.