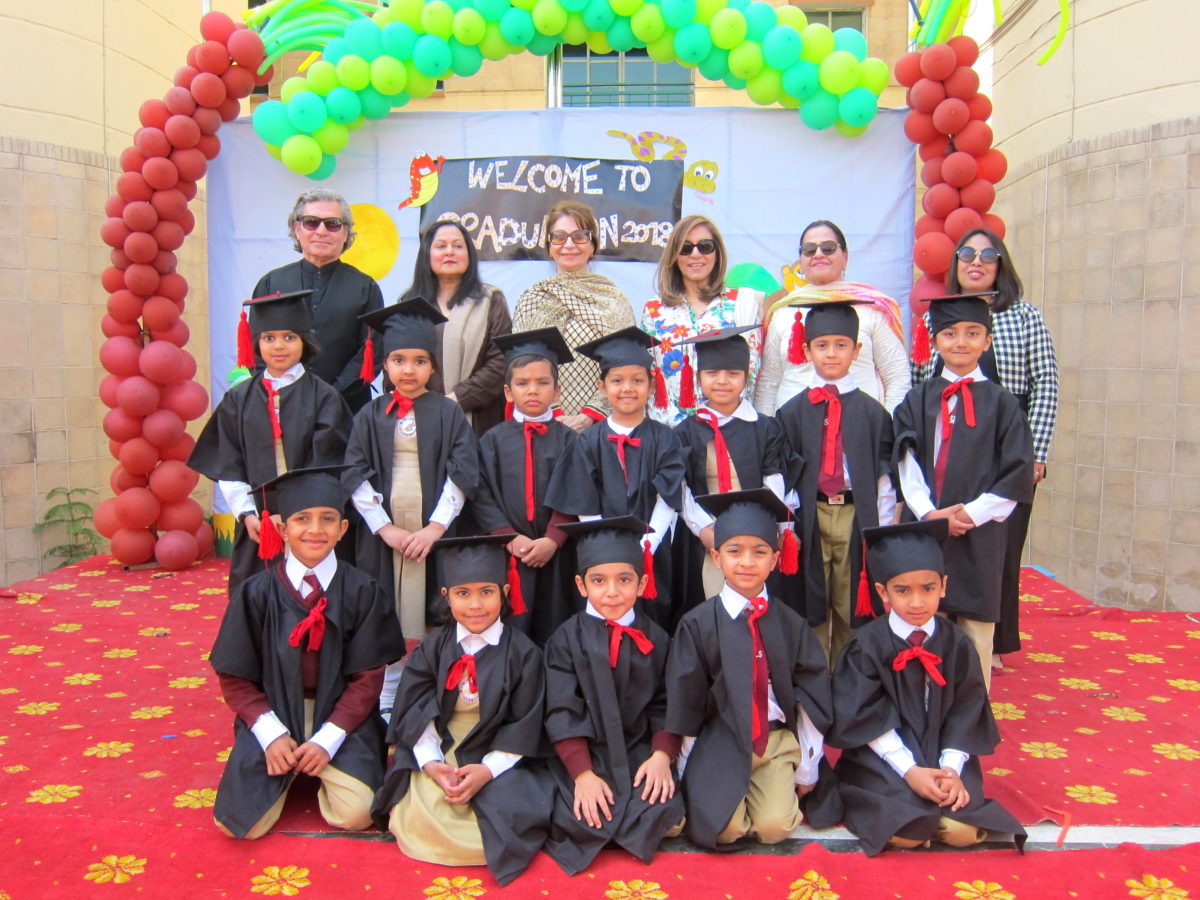 The ceremony was organised to award certificates and say farewell to the outgoing students of Advanced Montessori. Humaira Hassan, ex-ambassador of Pakistan to Portugal, Spain & Romania, Bushra Halepota who is a humanitarian and has been working with United Nations for the past 25 years and Director Virtual University Sohail Ameer Khan were invited as chief guests to award certificates to the students.

The school ground was decorated according to the theme ‘zoo.’ Carved out of cardboard and old cartons, miniature animals and birds were made by the teachers. A ticket booth was also set where the students welcomed the guests and parents upon their arrival.

The program started with the Montessori Head Directress, Fariha Khalil, welcoming all the guests and shared with them some of the schools achievements in uncovering the potential talent in each child and then developing it through a variety of activities. Based on the theme ‘zoo’ the first presentation was on a poem ‘Brown Bear.’ Dressed up as birds and animals the Montessori students brilliantly performed on the poem in colourful costumes and specially made head gears. The programme continued as one by one the students from each section came on the stage and gave heart-warming farewell speeches.

A short story ‘Three Billy Goats Gruff’ was narrated and acted by some of the students. Acting like goats and the troll under the bridge the students impressed everyone with their acting skills. Next up was an enactment on everyone’s favourite poem ‘Five Little Monkeys.’ After the presentations our little graduates came on the stage to get their certificates. Clad in graduation gown and caps and with big smiles on their faces they looked adorable which made everyone nostalgic in that moment.

The students kept on impressing everyone with their talent through the performances one after the other. The last performance of the day was on an upbeat song. Holding glittery pompoms the toddlers danced and the audience clapped in appreciation.

At the end of the programme principal Islamabad branch Mrs. Khurshid thanked all the parents and the chief guests for coming. She also appreciated the confident and enthusiastic Montessori students and congratulated them on being promoted to Grade 1. The day came to an end as everyone sipped tea in the breezy Saturday afternoon at the ‘zoo café’ which also had specially made snack packs for the Montessori graduates.