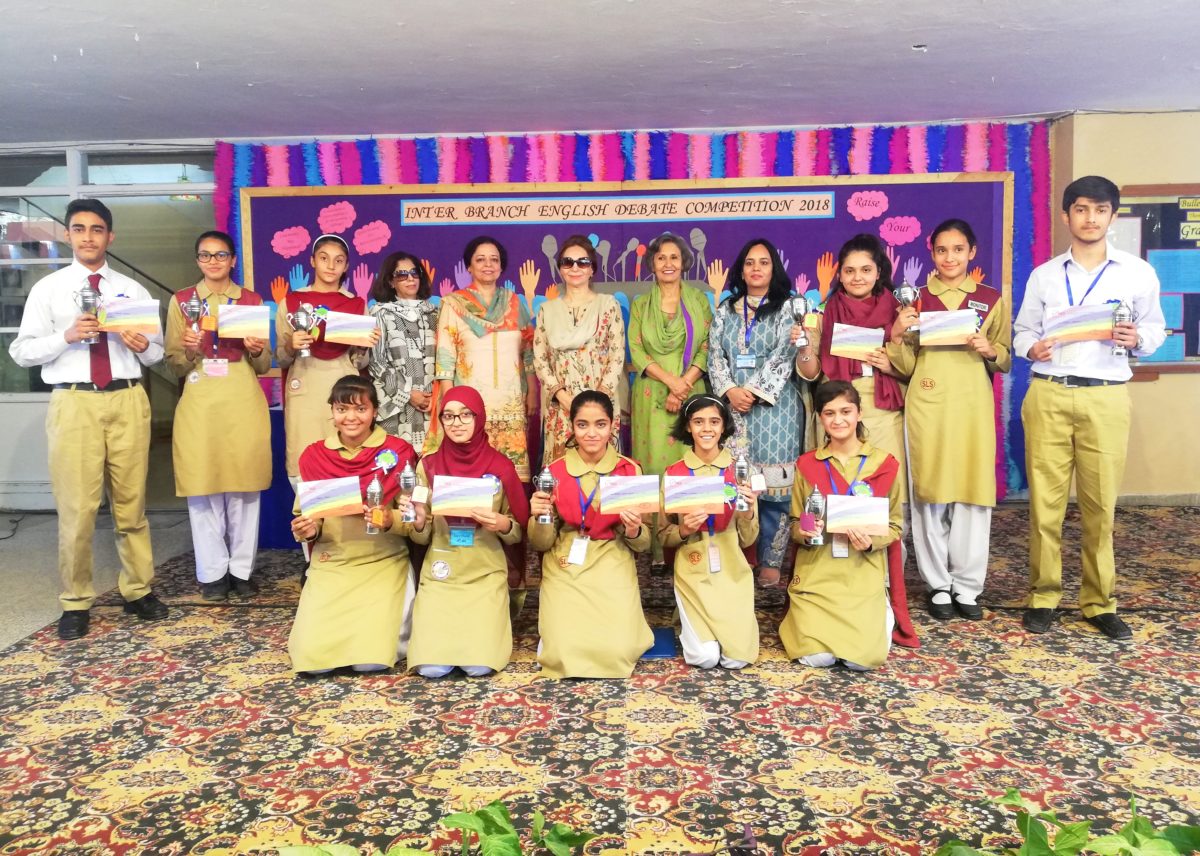 A total of 58 students from higher secondary and high school classes from nine campuses participated in Urdu and English debates. The English debate competition was held at the Lalazar campus whereas the Harley Street campus hosted the Urdu debates.