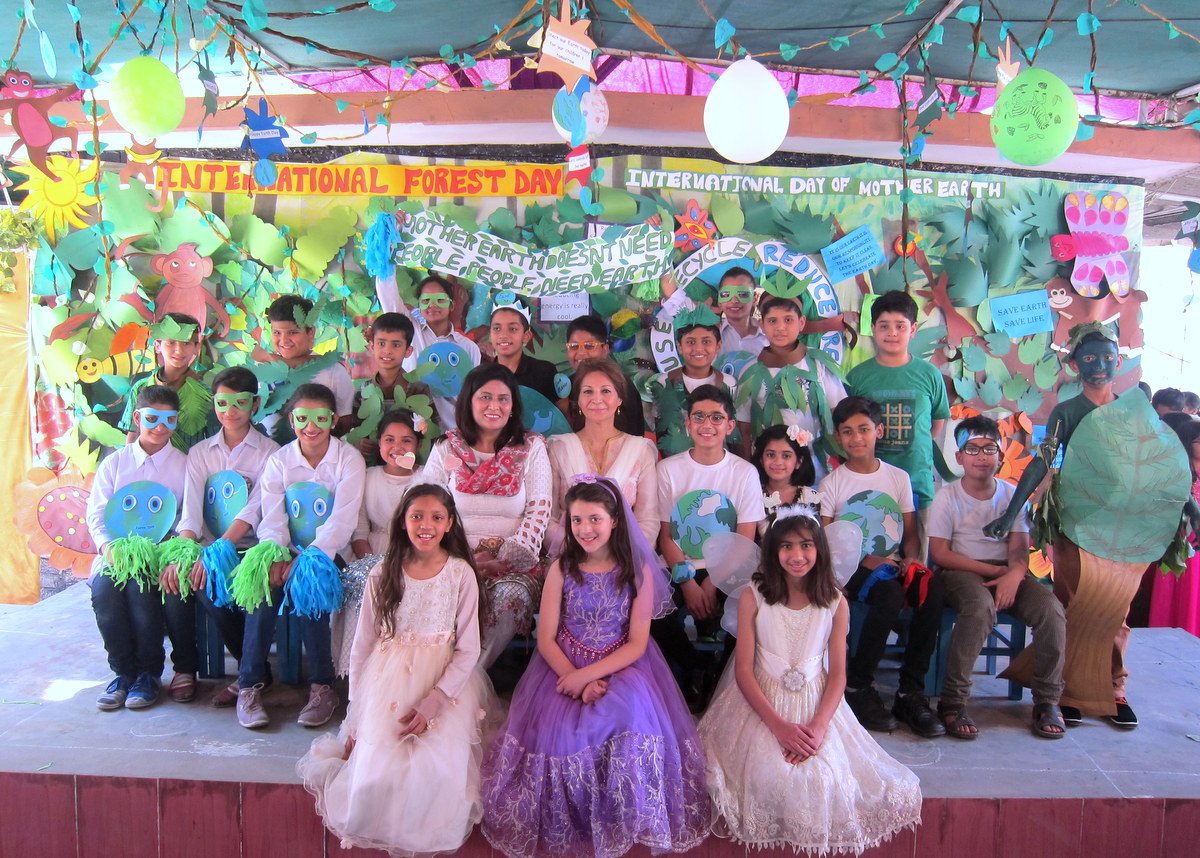 Students of SLS, Lalazar Junior section celebrated this day with a special event inviting all the parents as their guests. Managing Director, SLS Schools, Asiya Talha was the guest of honour.

Pollution and deforestation were the pivotal areas that the students focused on in educating their audience as the theme for Earth Day 2017 was ‘Environmental and Climate Literacy.’ The first presentation was about the plant kingdom and its phyla (divisions). Starting with the most primitive plant, algae, an introduction was given in the form of a story with a message to plant more trees and diversify the plant kingdom for a greener environment. The next performance was on how forests are the lungs of our lands and students shared statistical information about the forests in Pakistan.

A dialogue between a tree and human being was presented by two students. A student dressed as a damaged, choked and hungry tree delivered a sad and thoughtful message to the audience giving the reasons for its state, the discharge of dangerous gasses from vehicles and air conditioners being two of them. Students performed dances and tableaus on multiple earth day songs invoking feelings of empathy and the last part of the programme was a comparison between the earth of the 1970’s and the earth of 2017. Two students represented both earths, the 1970s one a relatively clean and healthy earth and the 2017 one a very polluted and unhealthy earth.