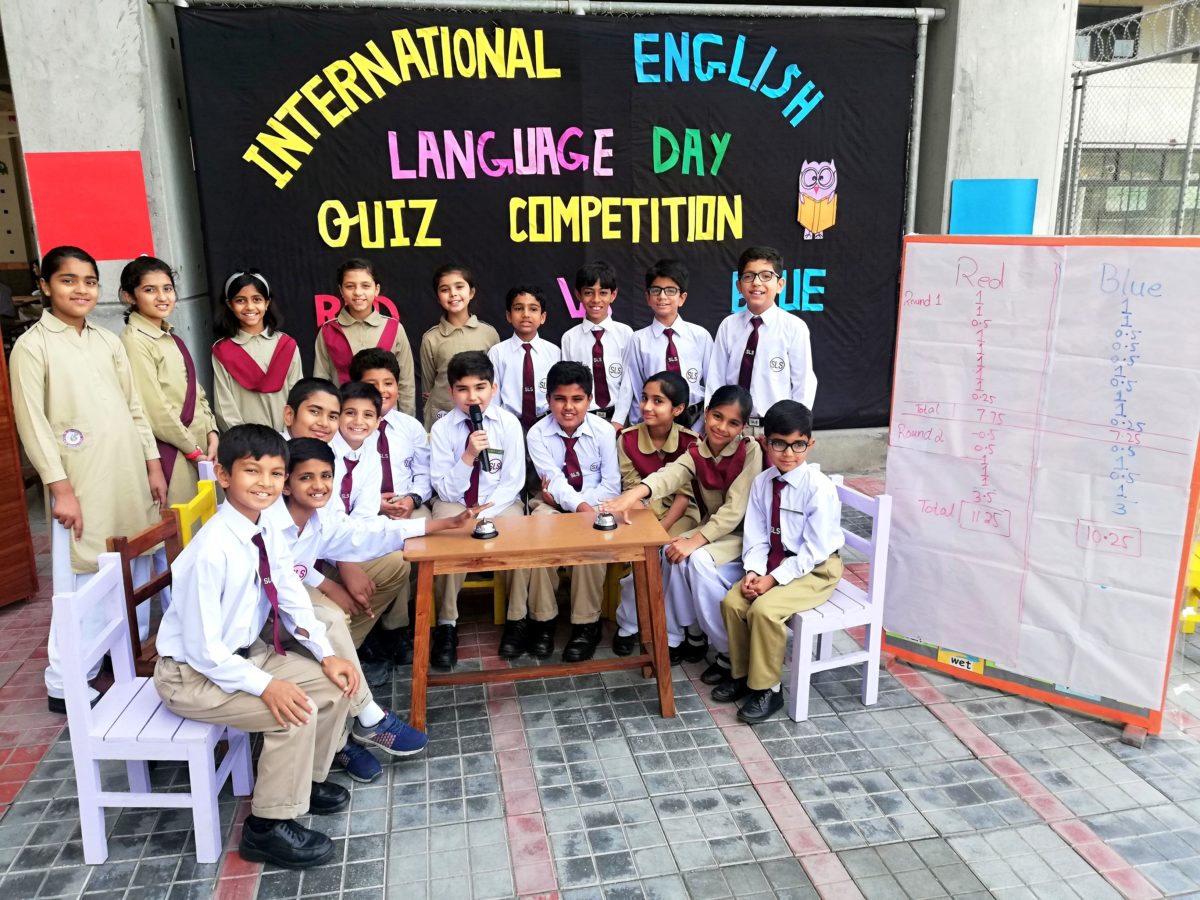 The Language Week celebrated at SLS, Zaraj Campus had a lot of exciting English language activities planned for the students to help them deepen their understanding of the English Language. The activities mainly focused on learning English grammar concepts, enhancing vocabulary and recognizing patterns of pronunciation in a fun filled way.

The Montessori students were brought outside to the play area where they performed various language activities prepared by their teachers. The Junior Montessori classes played “Hit the Letter Game” which had all the students attentively listening to the phonic sounds of different alphabets and hitting the same alphabet pasted on the wall with a ball. A sound hopscotch activity and a sound slap game were also played by the students of Junior Montessori enhancing their phonemic hearing and identifying skills.

The activities planned for Senior and Advanced Montessori focused mainly on word formation. The students enthusiastically played the “Power Word Game” and made new words by adding vowels to the already given words. The “CVC Words Passing the Pillow Activity” was loved by all. The students made new words keeping in mind the Consonant – Vowel – Consonant sequence of word formation. They also expanded their vocabulary through games like “Action word role play”, “Action word finder”, and “The vowel activity”.

The Primary and the Secondary students were no less in taking part in various activities. The “Revolving Wheel Game” was played in every classroom. Questions were asked from the students in the form of riddles focusing on grammar concepts like tenses, parts of speech, vocabulary words etc. It was an enriching activity that truly engaged all the students, who participated actively.

The English Language Week came to an end when a special morning assembly was conducted on the last day of the week. An on spot quiz competition was held by randomly selecting the students from the audience. The participants actively answered the questions one after the other while the audience cheered and supported the teams. The quiz competition was followed by a puppet show performed by the primary students who shared some effective tips with the audience on how to improve their English language. The intonation pattern of the voices behind the puppets added a lively effect to the presentation. Section Head, Ms. Sidra Omer praised the students and the teachers on a well celebrated week, emphasizing on the learning of English Language through activities.