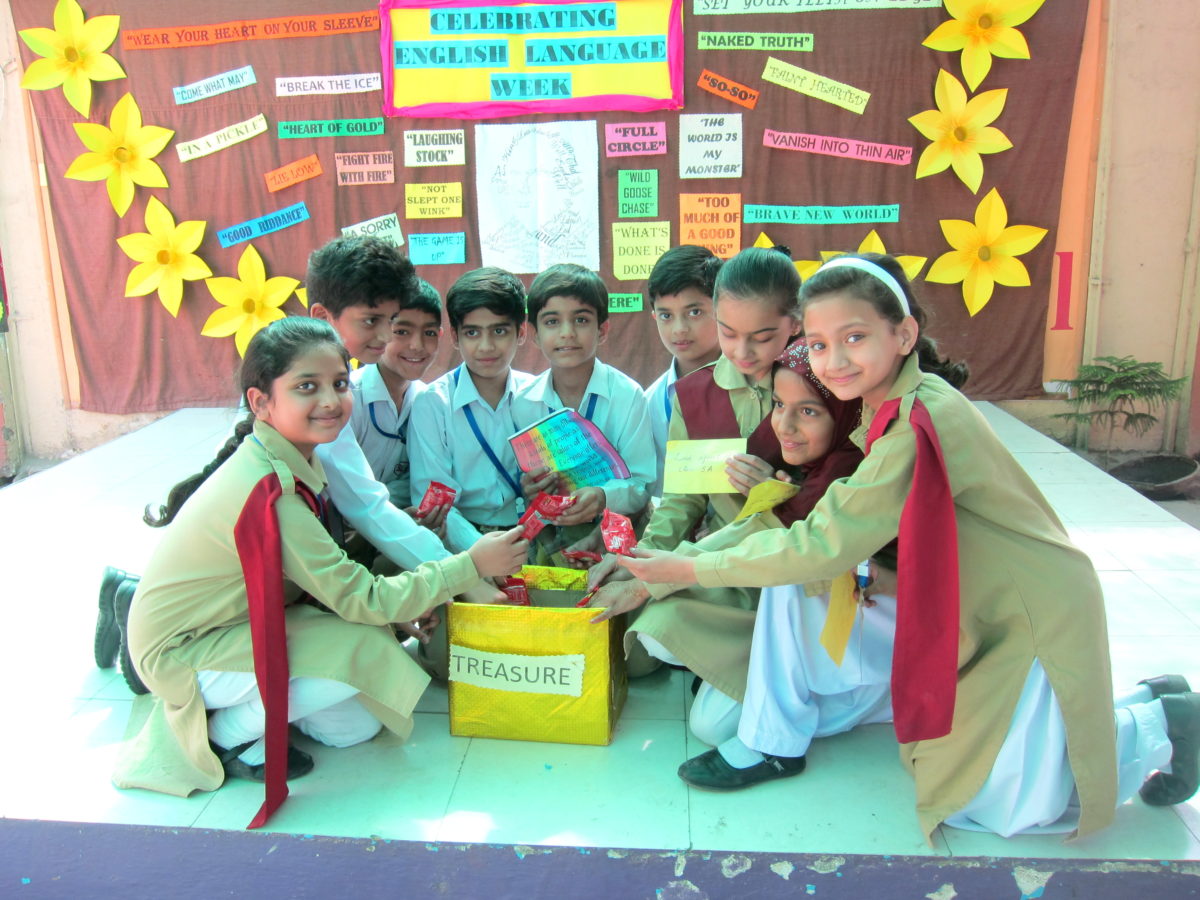 The English Language Week held at SLS, Peshawar Road Primary Branch had some fun filled language activities planned by the teachers. All classes broke the mundane routine of learning in a classroom environment and the students were brought out in the open for games and activities. The week mainly featured quizzes, poetry writing competition, stage performances and lots of interesting games and activities to promote the English language.

The week started off with a special morning assembly in which the students performed on Shakespeare’s famous play, Macbeth. Their costumes and dialogue delivery were both praise worthy. Moving forward the students did different language activities which the teachers had prepared for them class wise. Class three students played Chinese Whisper, held a chant singing competition and played the “balloon game” and successfully met the challenge of hitting the balloon and loudly chanting an adjective with every hit. A poetry writing competition was also held and the best poems remained displayed on the school notice boards throughout the week.

Class four students played pictonary, a story sequencing game and many other games which focused on making the students revise different grammar concepts. ‘Running Dictation’ was a thrilling game played by the students in which interesting paragraphs were pinned up at a distance and students had to run, memorize sentences and spellings, and dictate it to their partners. Class five students were no less and did various activities with full participation. The ‘Silly Sentence’ game had the students giggling as they made one long random sentence thinking of a verb, adverb, adjective and a noun starting with the alphabet assigned to them. Excitedly moving around in the school building, the students played their most favourite ‘Treasure Hunt’ game. Following the coloured tags consisting of words from different lexical groups as hints the students found the treasure, a chocolate box which they later shared with their team members.

The students had a wonderful fun filled week full of learning. Section Head, Madeeha Umar praised the teachers and the students for their efforts as the week came to an end. She also emphasized on the importance of this “lingua franca” and stressed on making its learning easier by introducing such activities.