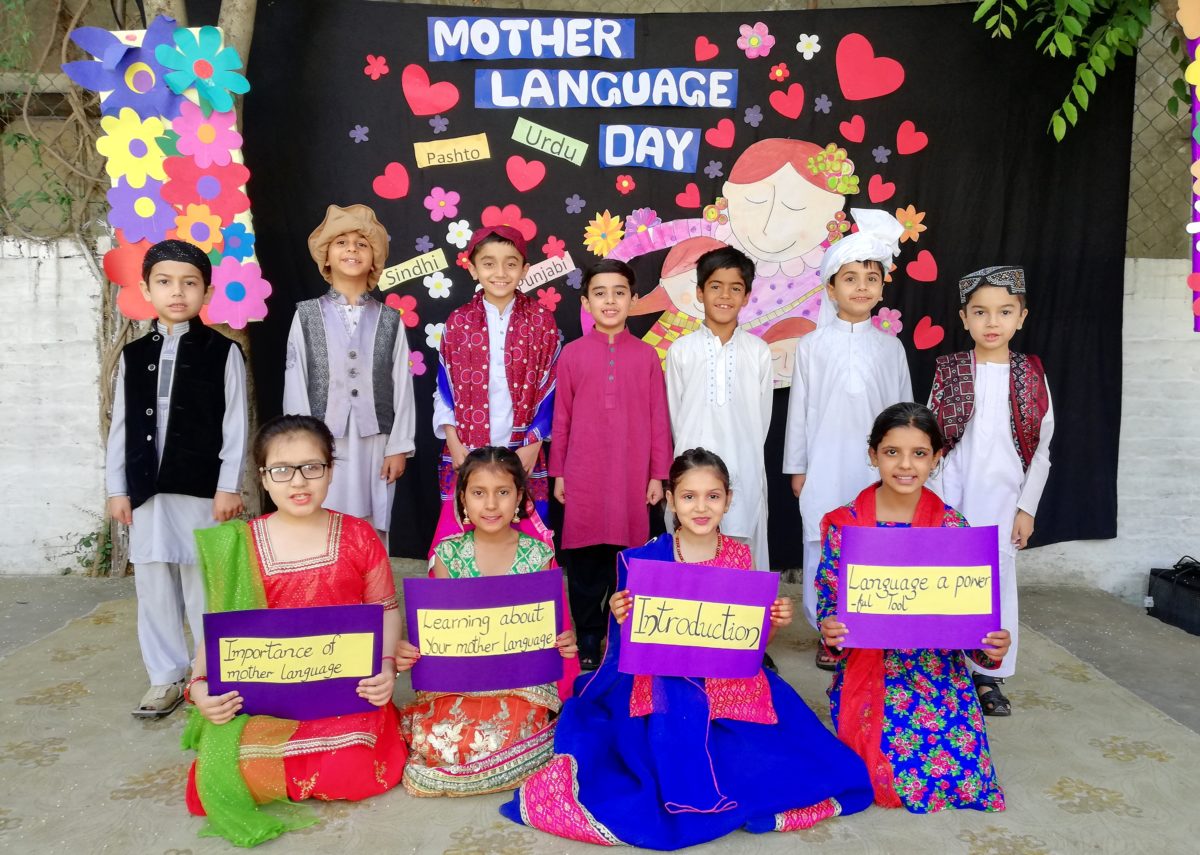 The special assembly started off by the introduction of mother language and its significance. Students of different classes introduced themselves in their respective mother language as they came on the stage wearing traditional dresses depicting the rich culture of Pakistan. Punjabi, Sindhi, Siraiki, Pushto and Pothwari were some of the languages which the students discussed about. They shared the different dialects of these languages and specified the regions in which they were spoken. The most interesting part of the special assembly was the folk songs which the students sang in their mother languages. From Punjabi to Pushto and Siraiki to Pothwari each language represented a culture within.

Students of class 4 performed on a skit highlighting the difference between mother language and national language.

One of the students impersonated a famous scholar Ashfaq Ahmed who was asked by the other student about the difference between Mother Language and National Language which was very well explained by the character himself.

The last performance of the special assembly was given by the students of class two. Adorned with beautiful jewellery and wearing traditional embroidered caps and dresses the students danced on famous regional folk songs representing the relationship between language and cultural diversity.

The special assembly ended on a beautiful note when a student expressed his views and pledged that whatever language we speak and whatever culture we belong to, we all are a part of one nation.