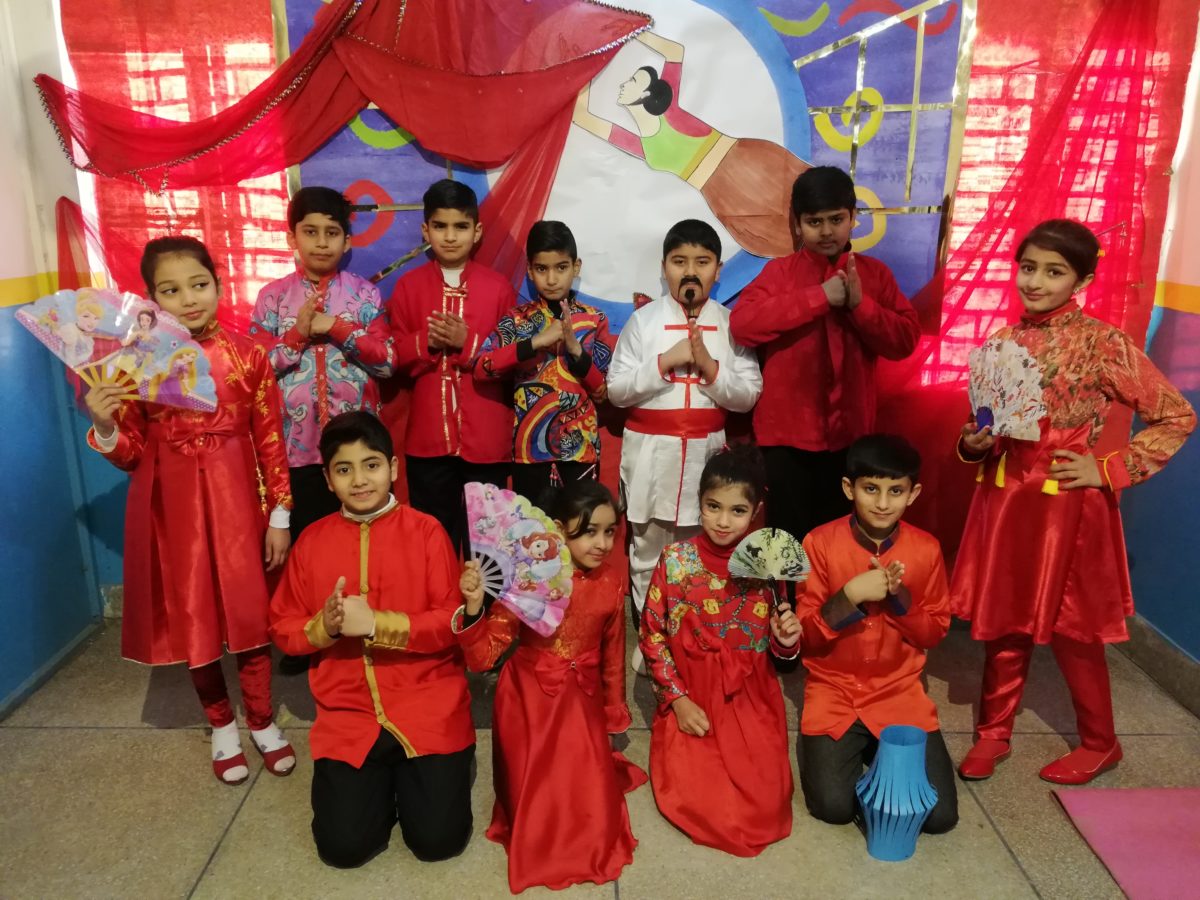 The primary and senior students of Senior Gulraiz branch put up a special show to present the cultures of different provinces of Pakistan, Its neighboring countries, the rural and urban life and among them the culture of music and art was also focused. They also showed diversity in music, dances, food and dresses of each area.

The students were divided into groups and different themes were given to each group. The students along with their teachers worked on each theme, gathering information about it and presented it class wise in front of the guests. The day started off with a stage performance in which the students presented the diversity in music and dance of all the provinces of Pakistan. One by one the students came on the stage following the beat of the music filling the stage with colours through their fully decked costumes and perfectly matched accessories.

The second part of the program had the guests visiting the classrooms which were set up on different themes. The classrooms held the true essence of diversity in every region of the country ranging from language, food and customs to the types of dresses worn by the inhabitants. The diversity of these two living styles was well depicted through different settings.

The highlight of the program was the display of Sufi devotional dance and ‘Putli Tamasha’ (puppet show). The Sufi dance was presented on the stage. The students dressed up as whirling dervishes performing on the stage had the audience in a state of trance. Their presentation was not limited to the stage only. The guests followed the performers to a classroom. The ‘Putli Tamasha’ was also enjoyed by all.

Section Head, Sumaira Nadeem congratulated the students and teachers on putting together such an entertaining and informative event and appreciated the time and effort it took.