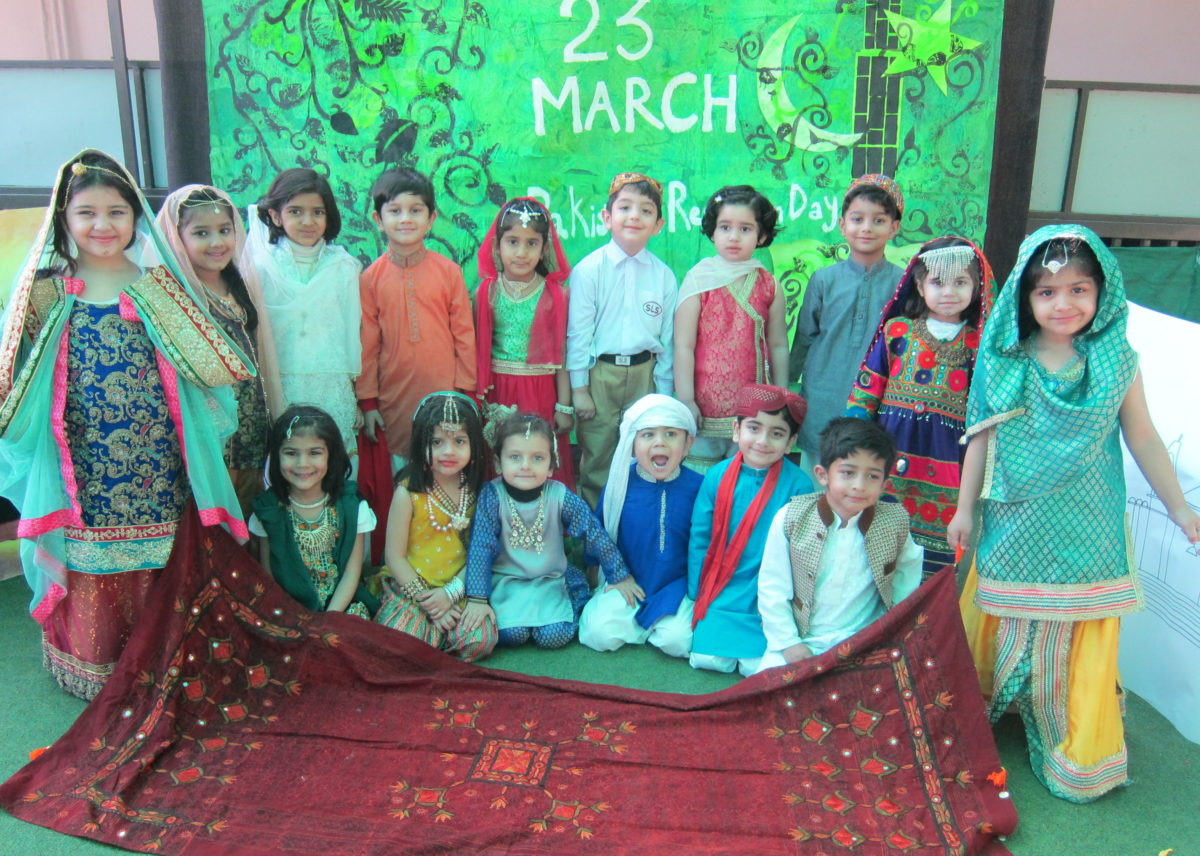 The day was celebrated through a series of activities and small events which were held throughout the week to enlighten the students about the history of this day. Montessori Section, Gulraiz Campus held a special morning assembly to celebrate this day in which students dressed up in green and white participated with great zeal and zest.

The first performance of the day received a big round of applause from everyone as the students performed on a national song ‘Rahay Salamat Pakistan.’ Dressed up in beautiful regional dresses with traditional jewellery, caps and ‘ajraks’ they represented the provinces of Pakistan along with their heritage and culture. Students of Advanced Montessori who presented speeches in both English and Urdu to pay homage to the leaders who worked hard for the dream of a separate homeland to come true.

Showing their dramatic skills the next performance of the day was a skit which highlighted some eminent personalities who played an important part in the freedom movement. The skit had students dressed up as people from the subcontinent; some were dressed as personnel from the British army while the rest were dressed up as Allama Iqbal, Quaid-e-Azam, Fatima Jinnah and Sir Syed Ahmad Khan. Through the skit the students were enlightened about the role of education and how it brought the people of the subcontinent together.

The last part of the special assembly had the students from different levels who came on the stage and sang their favourite national songs. The special assembly came to an end as Section Head, SLS, Montessori Section Gulraiz, Tanzeela Nadeem appreciated all her students and teachers for being such a lively audience.