School Children Pledge to Save Wildlife 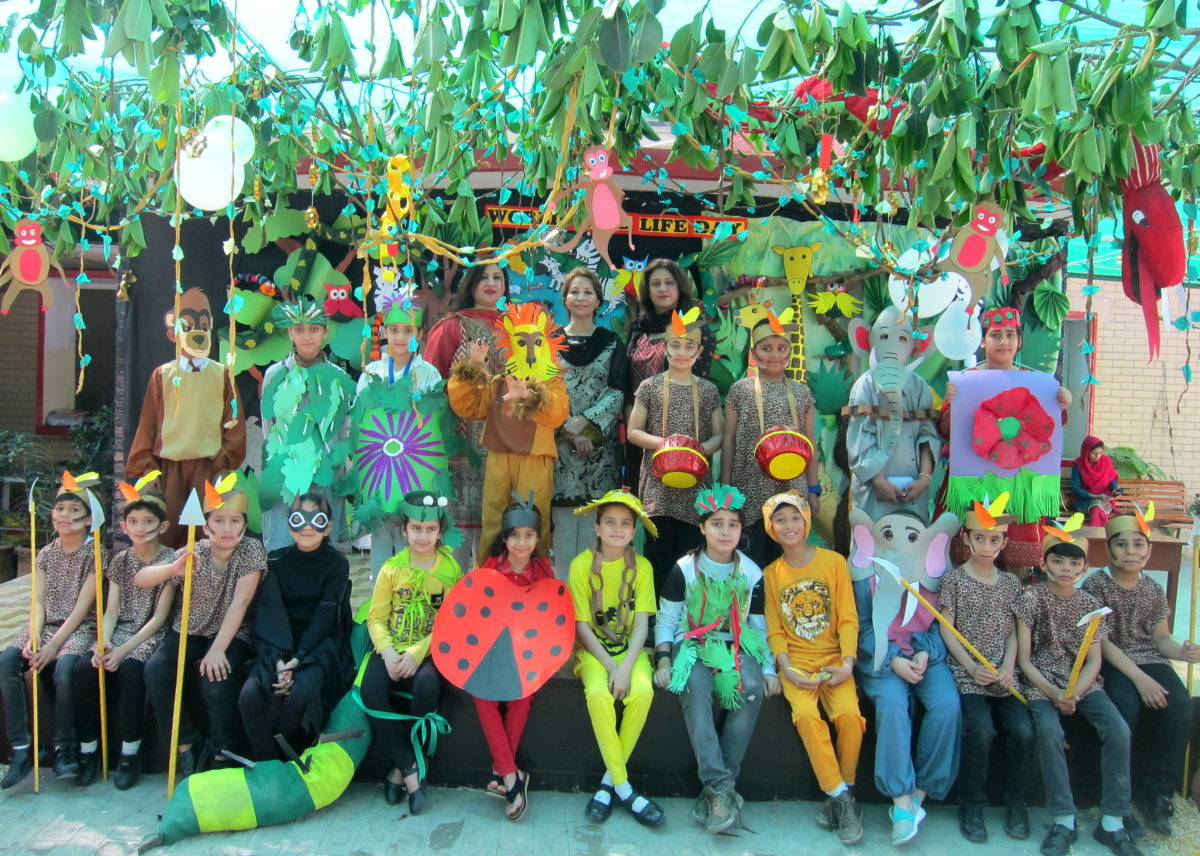 The school ground was decorated in different shades of green giving it a jungle like look and the stage backdrop added more color to it. A group of students dressed up as the inhabitants of jungle welcomed the parents and guests by dancing on the ‘Jungle Rhythm.’

The one hour programme was full of thought provoking skits, song presentations and students sharing information which they delivered on the stage one by one. The first performance had the students dressed up as animals which had extinct from the earth; reasons for their extinction were shared with the audience which included climatic change, illegal killing for skin, horns and bones and destruction of habitats. The next performance was a dialogue between animals and humans in which animals were shown to be chained by humans for selling, poaching and hunting.

By sharing information about the extinct and endangered species of plants, students spread awareness among the audience that plants along with animals also form an important part of our wildlife which should not be neglected. The second last performance of the show was a beautiful tableau which delivered an important message in which the students pledged to save plants and animals in order to maintain a balance in our ecosystem.

The special program came to an end as all the participants did a spectacular theme walk. Dressed up in colorful costumes and waving at the audience they received a huge round of applause.

The chief guest, Asiya Talha, Managing Director SLS Schools appreciated the students and teachers for putting up an informative show to spread awareness about such an important subject. She also thanked the parents and special guest Dr. Ayza Yazdani Abid for coming and appreciating the students for their effort.