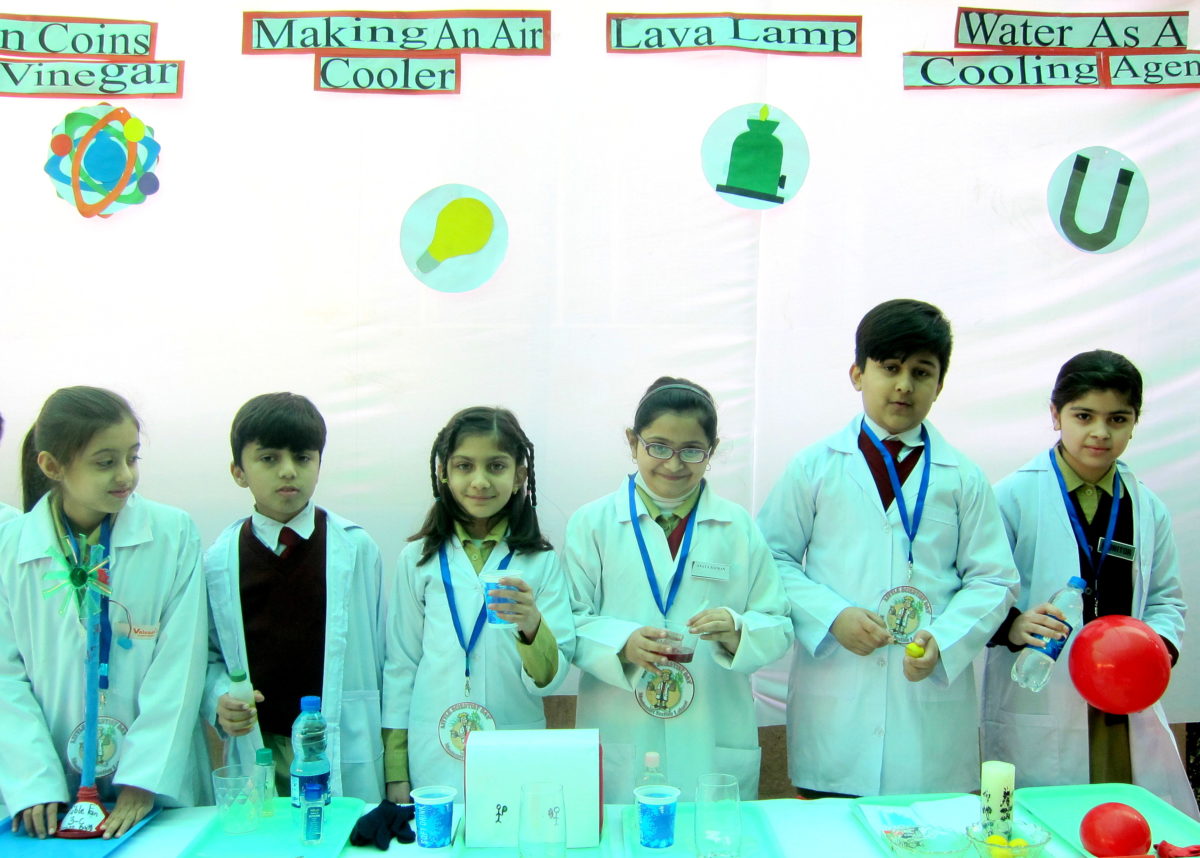 Primary students of Montessori Section Lalazar Branch celebrated Scientist Day through series of science experiments and handmade science projects which were made by the students and were presented in front of the parents and other guests. From the invisible ink experiment to the magical balloon, the gigantic solar system and the water cycle the students impressed the audience with their remarkable presentations.

The school ground was transformed into a science lab where little scientists wearing white lab coats excitedly discussed their experiments with each other. The science experiments were done on one side of the ground whereas the projects were displayed on the other side. One by one while standing in a row the students showed their experiments. The exciting color guessing experiment had the entire audience involved as they tried to guess the right color. The concepts of Density of Water, Floating and Sinking, Reflection and Refraction were beautifully presented through step wise demonstration by the little scientists. The ‘Magic Balloon Experiment’ was everyone’s favorite. The audience was surprised as they witnessed a balloon being inflated with the help of gases produced by mixing baking soda with water.

A number of handmade science projects were also displayed by the students in every corner of the school ground, each representing a special theme from their science book. A beautiful project on water cycle had everyone’s attention as the students gave detailed explanation about it with a special message to save water. The Animal Kingdom, Pollution, Seasons, The Plant Kingdom, The Five Senses, Modes of Transportation and Communication and Landforms were some of the other topics on which the students made projects. The students of grade 1 added rhythm and color to the presentations as they performed on poems dressed up in their specially designed costumes.

The Global Warming and the Solar System projects made by grade 3 students were no less, students were dressed up as different planets and shared facts about the planet which they represented. The science display continued throughout the day as the audience kept on coming to witness and praise the efforts made by the young scientists and their teachers.