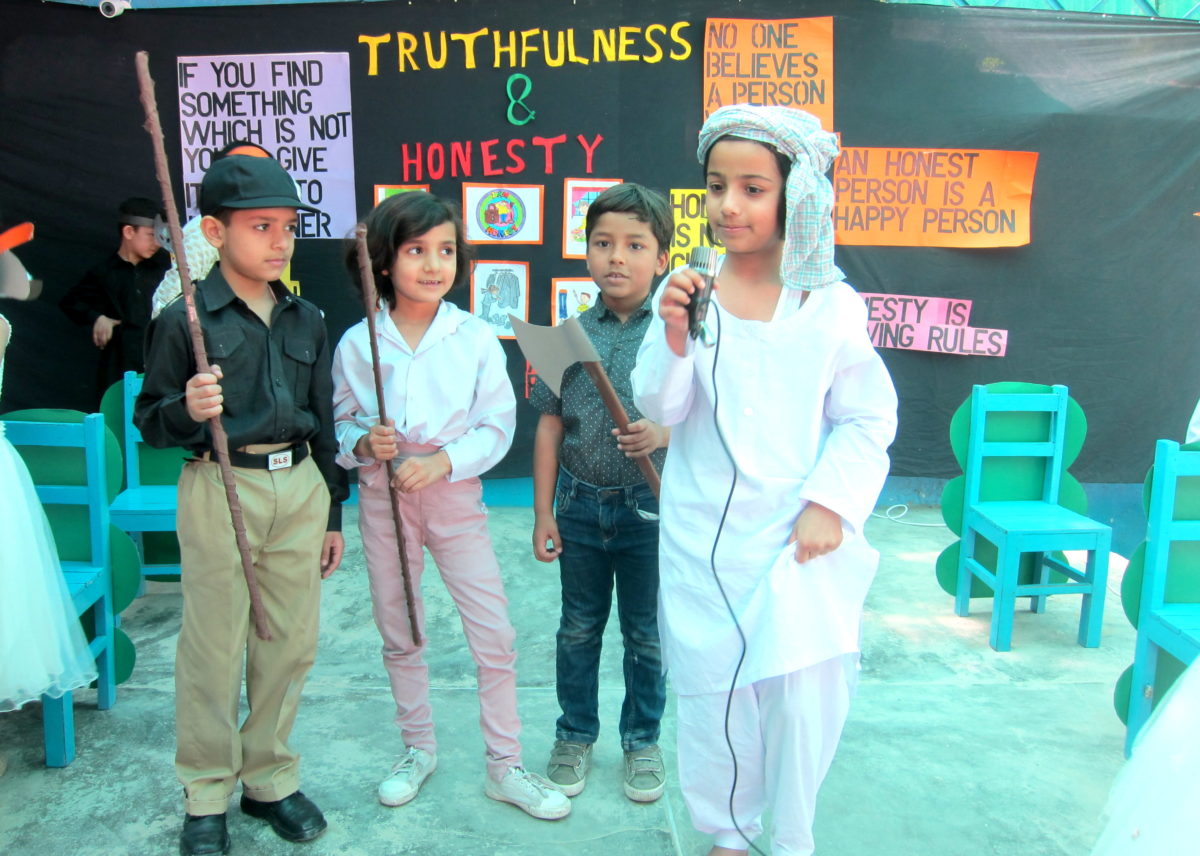 Skits were performed and poems were sung by the Montessori and Primary students along with short messages to deliver the moral lesson that honesty is the best policy and truthfulness is a virtue.

The first presentation was on the famous story ‘The Boy who Cried Wolf.’ Displaying their impressive dramatic skills the students through their remarkable presentation delivered the message across the young audience that we should always be honest as dishonesty can cause trouble. Colorful pompoms and glittery head gears added color to the special assembly as students sang several poems on the themes of truthfulness and honesty.

Another skit was performed by the primary students on the famous story ‘The Honest Woodcutter.’ The moral of the story was explained beautifully in the form of woodcutter’s dream who loses his wooden axe and is offered with axes made of gold and silver which he refuses to take as they don’t belong to him. Using colorful props the moral of the story was explained at the end when the woodcutter is rewarded for his honesty hence giving the message across the audience that honesty is the best policy.