SLS girl awarded scholarship for study in US 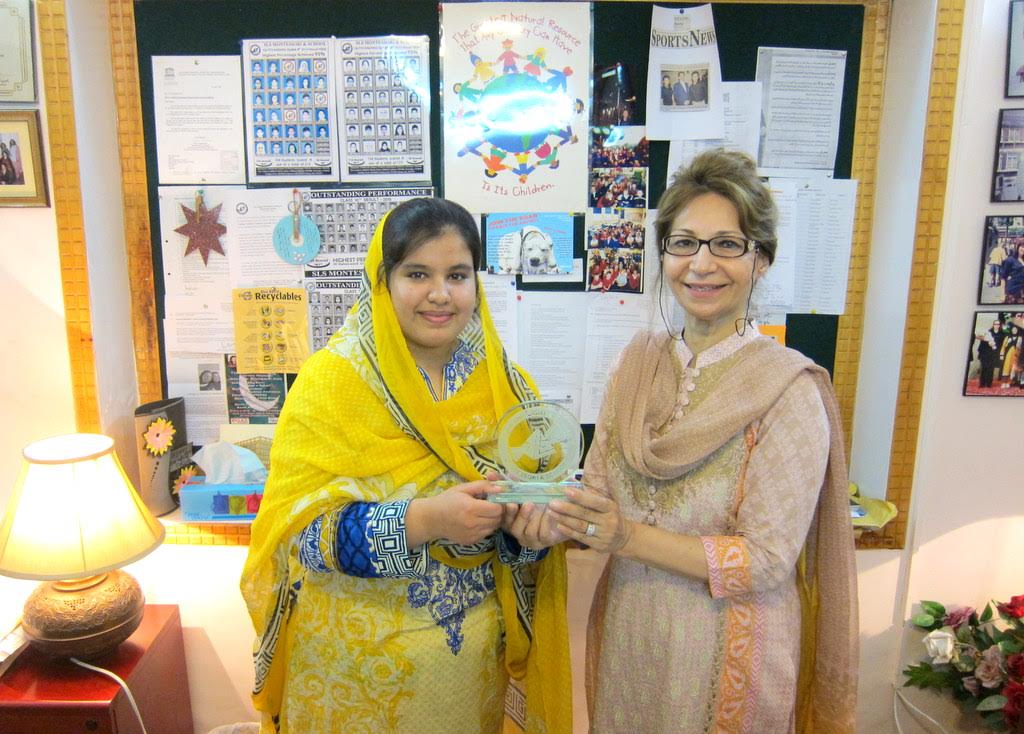 A student of Sadeeqa’s Learning System (SLS) Montessori &amp;High School has been awarded a fully paid scholarship to a private school in the US to continue her studies, says a press release.

Syeda Mehreen Tahir has been awarded 98% scholarship by BEYOND Student Support Services, a division of Foreign Links Around the Globe (FLAG) to continue her senior year at Kokomo High School in Indiana. Mehreen plans on getting a degree in applied sciences and becoming a genetic engineer.

Mehreen joined SLS School in Junior Montessori in the year 2002 and was in 9th grade when she was selected for iEARN’s Youth Exchange &amp; Study (YES) programme in 2013. She was the 27th student from SLS School to have been selected for this study abroad programme. After completing her year abroad, Mehreen rejoined SLS and completed her Matriculation.

Inspired by the number of hours she had to put into volunteer work while in the US, Mehreen decided to continue with the same vigor back in her home country on her return. She joined a food drive benefiting over 400 families. She also gave her time at a school for underprivileged children, and actively volunteered with different US State Department programmes such as the International Jessup Moot Court Competition sponsored by OPDAT Pakistan.

While in the US, Mehreen was an exemplary exchange student. She flourished in her studies, was loved by her host families and developed a keen interest in the Future Farmers of America (FFA). She was outstanding in livestock judging competitions and won the highest award in agriculture, the DEKALB award.

Managing Director of SLS Schools, Asiya Talha met with Mehreen to congratulate her on her scholarship and wish her luck in all her future endeavours. Asiya said that it was students like Mehreen who had been with SLS since the beginning who made the school what it is today, giving it the feel of a close-knit family. Mehreen will be leaving in the beginning of August for Indiana.