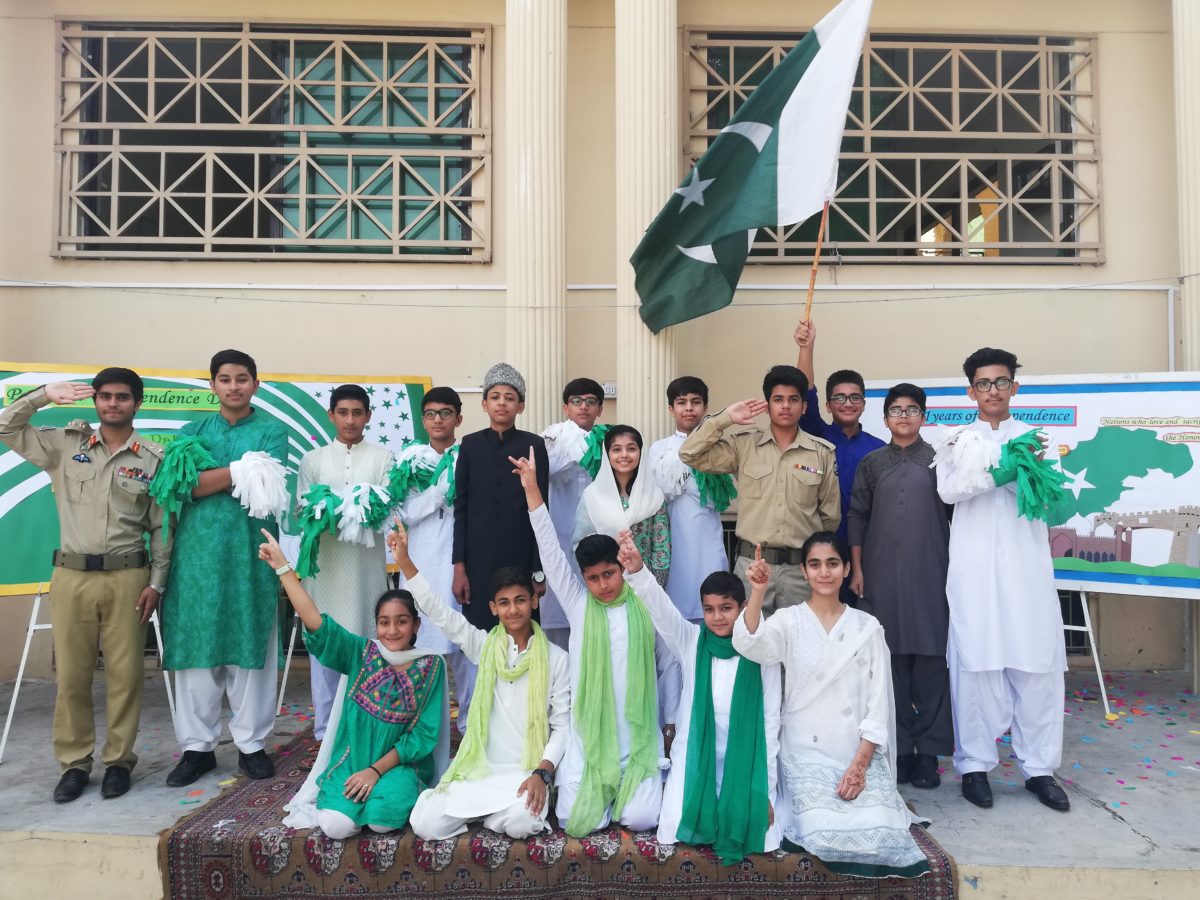 The month of August remains festive in all branches of SLS and the spirit of patriotism can be felt in every branch. The celebrations for the Independence Day began when seven of the main road campuses of SLS School were lit up from top to bottom in green and white lights one day before 14th August. It was a sight to see for all the students and teachers. Students of Senior Section Lalazar upon their return from a long summer break held a series of week-long activities marking the Independence Day which was followed by a special morning assembly as the month of August came to an end.

The special event began when one of the senior student started explaining the history of the day. She then invited her fellow friends on the stage who performed on a tableau symbolizing unity and strength & also paid tribute to all the personalities and heroes of the nation who took an active part in the freedom movement. The tableau was followed by short messages, poems, performances on national songs and speeches inspiring national pride.

To involve the students sitting in the audience a small quiz competition was held. Students were asked general knowledge questions about Pakistan.

The last part of the special assembly was a pep talk given by one of the teacher who explained word by word meaning of the national anthem and emphasized on the fact that one should respect it as it is the simplest way of displaying ones love towards the country. The special assembly ended as the students sang the national anthem loudly and proudly adding to the spirit of nationalism that could be felt in the assembly area.