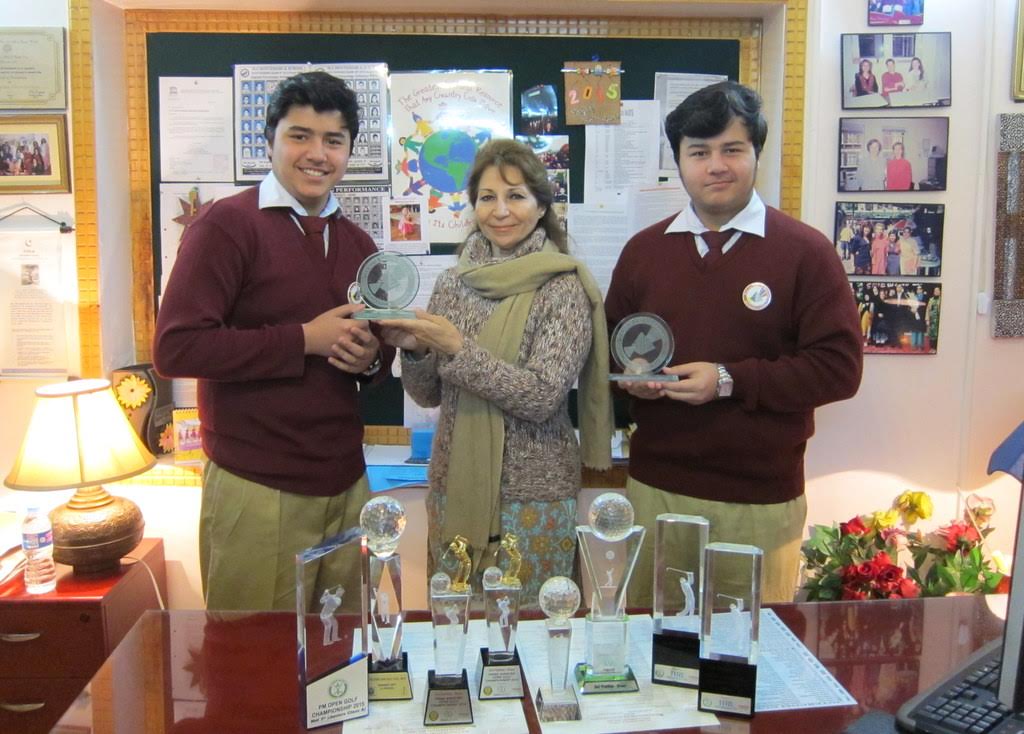 Hadeed Abbas, 16 and Huzaifa Abbas, 15 are brothers studying in grade 10 and grade 9 respectively at the SLS, Lalazar campus.

Hadeed and Huzaifa started playing golf with their father in 2014 and entered into their first tournament in December 2014. The Pakistan Under-16 took place in Mangla with four flights and Hadeed surprised everyone by bagging the first position in net. Since then the duo have been on a winning streak in junior golf tournaments.

SLS Schools Director Asiya Talha spoke to the students about their interest and future plans in golfing. She congratulated them on their awards and trophies and presented them with shields recognising their talent and hard work. With the boys’ matriculation examinations looming close, tournaments have temporarily been put on the back burner.