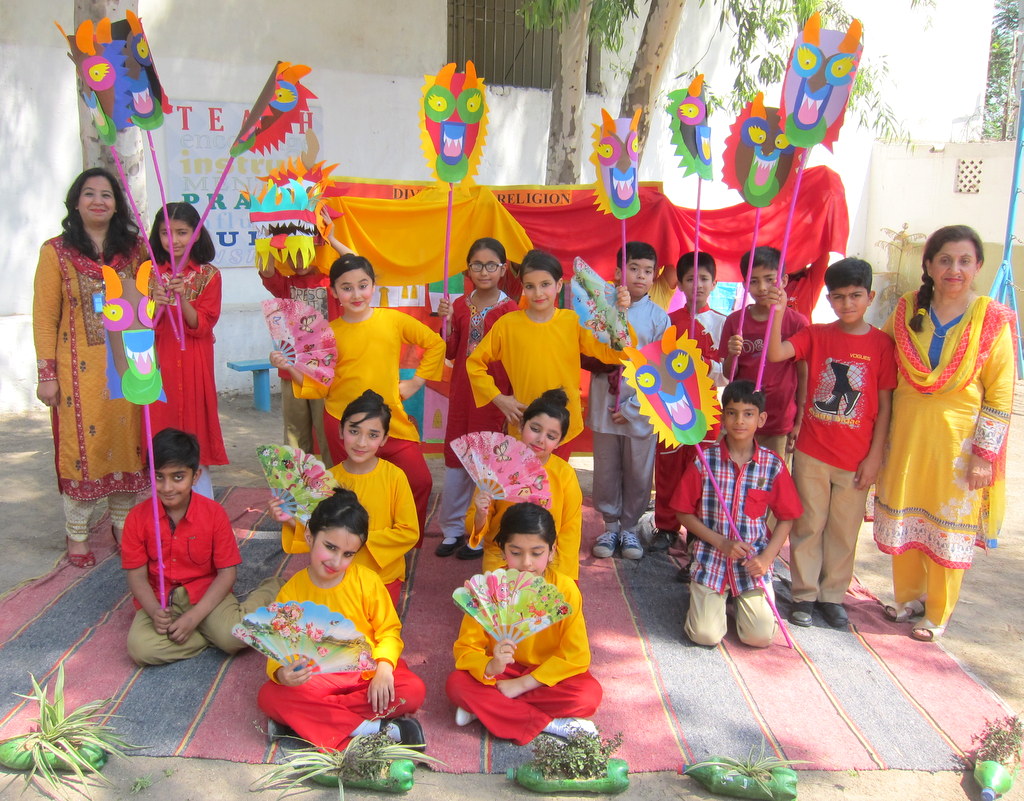 The students of SLS, New Lalazar branch prepared a special show to celebrate diversity and to show respect for each other’s religions and cultures. The purpose of the programme was to instil thoughts of living in peace and harmony despite differences. Students showed diversity in religion, music and food of different cultures of the world depicting each one of them.

The first part of the programme showcased some of the major religions of the world. A Buddhist monk, a Muslim ‘Imaam’, a Christian cleric and a Hindu pandit showed and explained their ways of worshipping. The students were able to recognise the similarities and differences in the beliefs and worshipping.

The second part of the program brought in the universal uniting force – music. Students in fully decked costumes showed cultural dances of Egypt, China and the USA. The students learnt about the origins of the music and its accompanying dance.

A group of students with traditional dragon masks performed the famous Duanwu (Chinese Dragon Boat festival) dance. Dressed up in bright shades of yellow and red, they took a round of the school like a traditional festival boat. The beauty of the performance was accentuated when the American, Egyptian and Pakistani performers joined the festival being showcased showing the true meaning of representing a mixture of diverse cultures.

The third and last part of the programme was on the diversity and love of food. A small food tasting corner gave students and guests the chance to taste different countries cuisines. A student dressed up as a chef talked about the key ingredients of some very famous dishes eaten around the world. Through this beautiful mix of religions, music and food, students were made to realise how diversity is not about differing from one another but about embracing one another’s uniqueness.

At the end of the programme, Section Head Saira Noor said that the only way to spread peace and tolerance was to embrace and celebrate our differences.