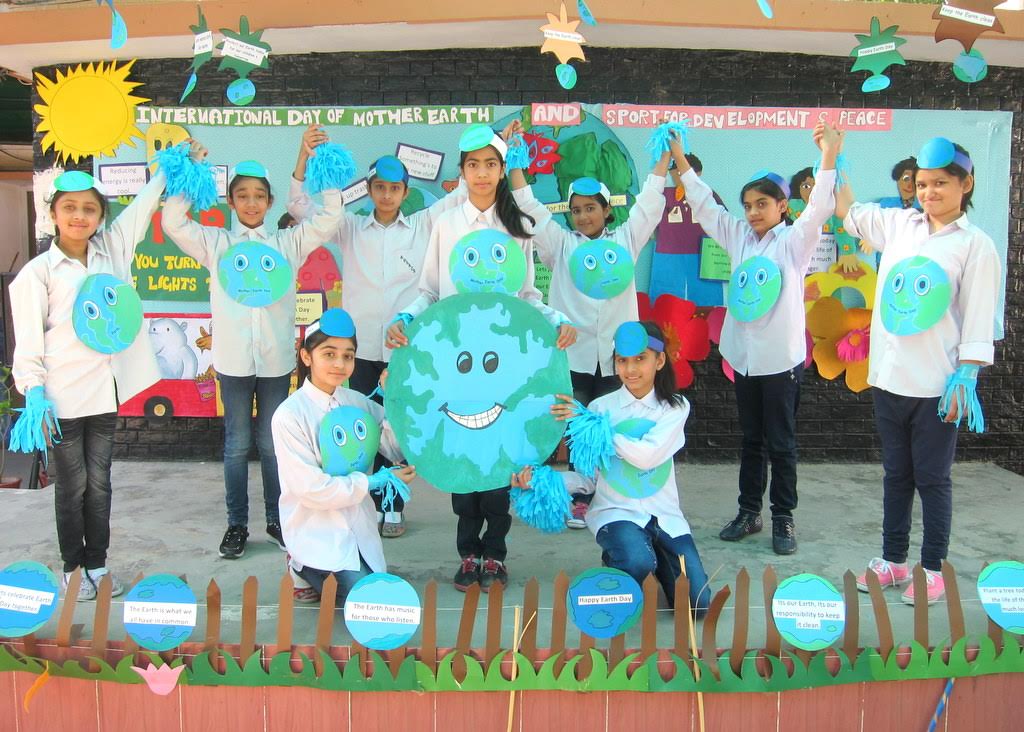 Students of SLS, Lalazar Junior Section, celebrated this day with a special morning assembly. The assembly started with students explaining simple facts about the earth and how it came into being. The condition of earth at the time of its formation and its current condition was compared, and students were made to realize just how much destruction and pollution humans are responsible for.

International Day of Mother Earth is celebrated globally on April 22 every year. This year the theme is “Trees for the Earth”. Keeping in mind the importance of trees, two skits were performed based on the idea of their preservation. Students showed that trees are not only a source of oxygen and food for humans but food and shelter for insects, animals and birds. One skit’s message was that by cutting down trees for our greed, we deprive so much of Mother Nature from its natural habitat. While the thought of all the trees being cut down for road expansions and metros was depressing, students showed hope by showing that one can make a choice. The skit showed people cutting down trees on the one hand and people who were contributing towards planting them on the other. The morally correct choice of not cutting down trees was chosen by the conflicted citizen who joined hands with the plantation community for a cleaner and greener Pakistan.

The need to stop destructing the earth and how one could do it as a student was the subject in the second half of the assembly. The three R’s of Reducing, Reusing and Recycling were presented to the students. The importance of all three was demonstrated by examples.

The last part of the assembly was about joining hands and promising to keep the earth safe. Dance performances showed students as the defenders of earth, circling around the earth with different countries flag sticks in their hands, happy inhabitants of earth dancing around merrily. Section Head, Mrs. Samia Raheem reminded the parents and students about their responsibilities as the inhabitants of earth and emphasised that Pakistan was our land and our responsibility.