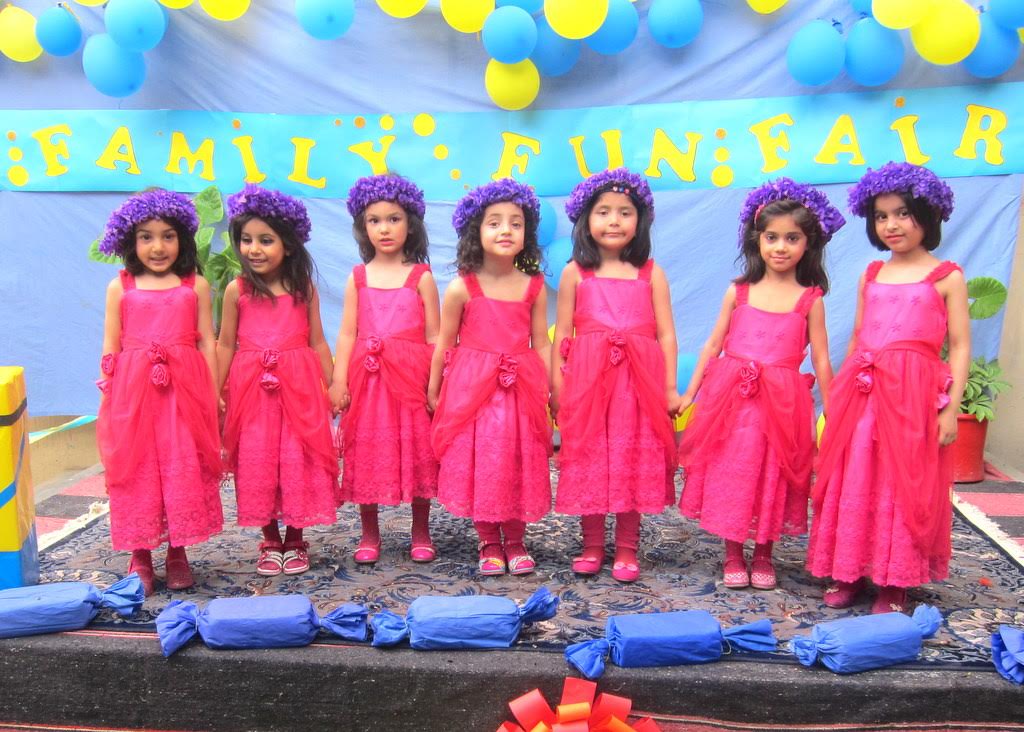 A colourful stage show was prepared by the students of Advanced Montessori followed by a “Minion’s” themed funfair. The programme started with a welcome song with the young students of Advanced Montessori all dressed up in bright colours of pink and purple dancing while holding welcome cards to greet the rest of the students, their parents and extended families.The next performance was given by a group of enthusiastic little ones dressed alike in red and black, wearing ribbons in their hands who sang a beautiful poem using hand gestures with a lot of brio. They paid their respects to the families who had come to witness this colourful event for providing them with love and care and for offering their support and making them strong.

Following the theme of the World Day for Cultural Diversity, a group of girls and boys had prepared the cultural dances of our country. The students were dressed up wearing beautiful cultural dresses, the boys wearing traditional caps and ‘Ajraks’ and the girls wearing beautiful jewellery and embroidery. The audience clapped and cheered on the students who danced joyfully to the catchy traditional beats. The last performance was a short poem on mothers read by a Montessori student that made everyone a little sentimental. It was about the unconditional that mothers have for their children.

After the stage show ended the parents and students went on to enjoy the “Minions” themed funfair. Everything was decorated with buntings of blue and yellow. Several fun stall games were played and the children enjoyed some of their favourite snacks. A lovely photo both was made for the children to pose with their favourite cartoon character and also for the families to take pictures together,making the evening a special part of their memories.

The event continued till late in the evening as the music played and the families enjoyed. Section Head, Saima Hassan appreciated her staff for putting in all their effort. She also thanked all the families who came and enjoyed the colourful evening filled with laughter and a lot of fun.