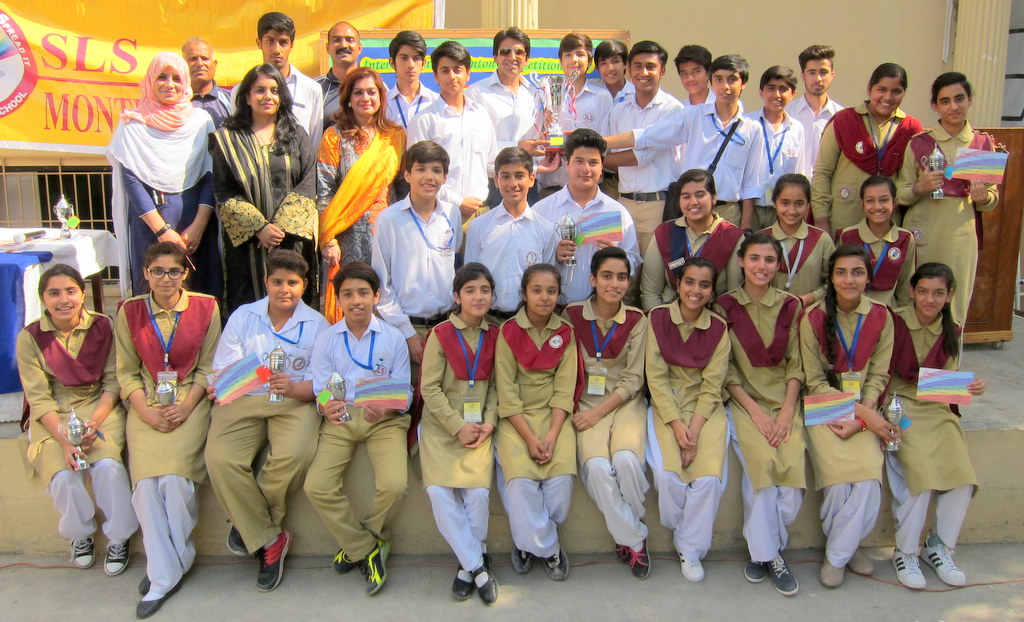 Syed Shabbar Hussain, international badminton player and six times national champion and gold medallist was the chief guest to witness the final matches and to distribute prizes among the winners. The final matches of the annually held badminton tournament were hosted by SLS, Senior Section Lalazar and SLS, Islamabad Campus.

The Lalazar Senior Campus took the Champions Trophy in Secondary Category by scoring +35 points on the points table and Satellite Town Senior Branch stood second with +20 points. In the Primary category Peshawar Road Primary Branch took the Champions Trophy with +10 points and the 37 Tulsa Road branch and Islamabad Branch stood second with +5 points each on the points table. The tournament was held at the Primary and Secondary level with a total of 384 students competing in the singles and doubles category. A total of 192 matches were played between class V students who play separately in the primary category and class VI – X playing in the secondary category.

The first three days witnessed the elimination matches and the semi-finals, and the finals were played on the fourth day with all the participants showing their best game and their class fellows and supporters cheering on their team mates. The chief guest appreciated the students for playing well and congratulated the winners on their success. Best player awards were also awarded in both categories. In the primary category, Shahzaib Aslam of Peshawar Road Primary branch and Umaima Irfan of the Islamabad campus won the best players of the Tournament trophy (singles). Ayesha Shahzad and Uzaira Shams of Peshawar Road Primary branch and Ali Irtiza and Sharjeel Butt of 37-Tulsa Road won the best players of the tournament trophy doubles in the girls and boys category respectively.