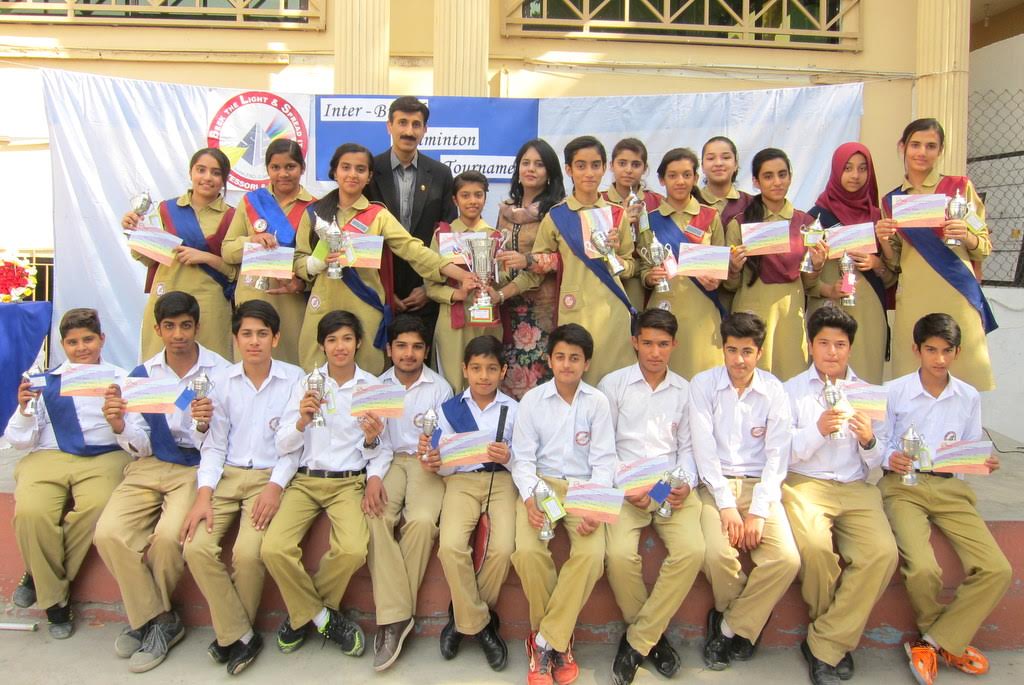 Pakistan Badminton Federation Vice President Mian Waqas Masood was the guest of honour to witness the exciting final matches and to award trophies and certificates to the winners. The competition was held between 18 branches with a total of 328 students participating with 168 girls and 160 boys competing in the singles and doubles category.

The event was hosted by SLS, Senior Section Lalazar and SLS, Islamabad campus. The first three days witnessed the elimination matches and the semi-finals, and the finals were played on the fourth day with all the participants showing off their competitive streak.

The audience and the teams and their instructors cheered and applauded as their team mates scored points.

The Lalazar Senior campus took the Champions Trophy by winning the most number of matches and scoring 51 points on the points table after a nail biting competition with Islamabad branch which stood second with 28 points. In the primary category (Class V), Peshawar Road Primary branch stood first with 13 points and 37 – Tulsa Road and Tufail Road branch stood second with 5 points each on the points table.

The chief guest appreciated all the students for playing well and congratulated the winners on their success. Best player awards were also given for the primary and secondary categories.