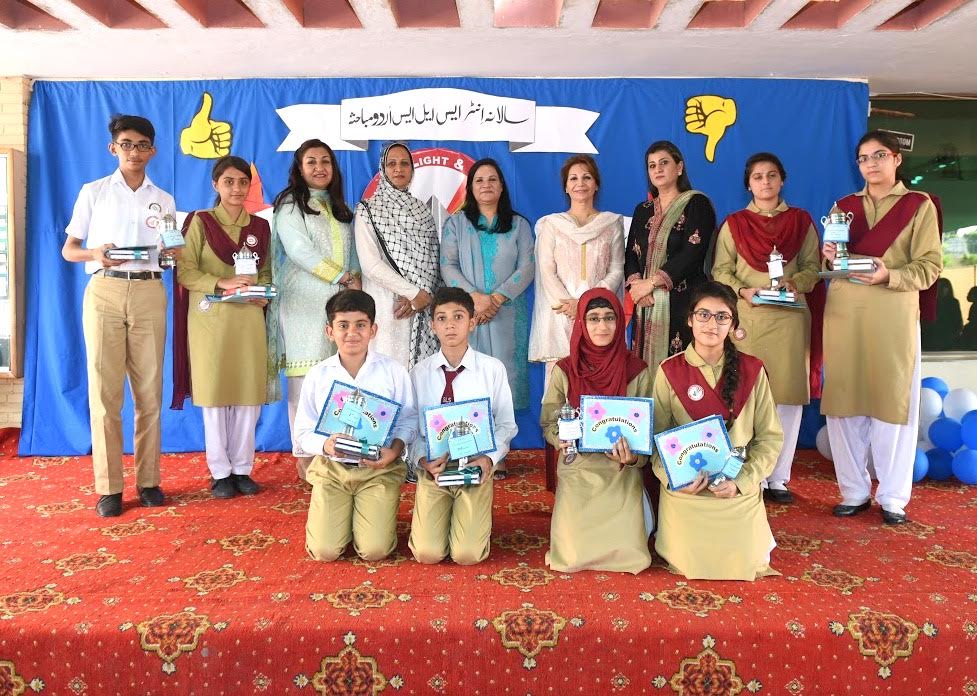 A total of 95 students from higher secondary and high school classes from eight campuses participated in Urdu and English debates. In lieu of the number of participants, the event was held at two separate venues. The English debate competition was held at the Lalazar campus and the Harley Street campus hosted the Urdu debates. Seventh and eighth graders made one category and the 9th and 10th graders competed with each other.

For the English declamation, the 7th and 8th graders debated on whether the internet meant the end of newspapers and books whereas the 9th and 10th graders gave their views on whether posting student grades on bulletin boards was humiliation or motivation to perform better. The panel of judges consisted of educationalist and master teacher trainer, Shaista Shahid, educationalist and student counsellor, Sitwat Yusafzai, and journalist and analyst Rana Qaiser.

In the Urdu declamation students spoke on “Mai Jeeton Ya Haroon, Mai Sikander Hoon!” (Is winning the most important thing?). The 9th and 10th graders questioned ethics and being street-smart in “Kia Emaandari Hamesha Kaam Aati Hai?” (Is honesty always the best policy?). Renowned Urdu novelist, Shireen Haider, educationalist Nuzhat Tariq, and motivational speaker Farah Ali were on the panel of judges.

After three hours of excitement and cheering, the debate competitions came to an end. The audience of parents, teachers and participants applauded as the results were announced.