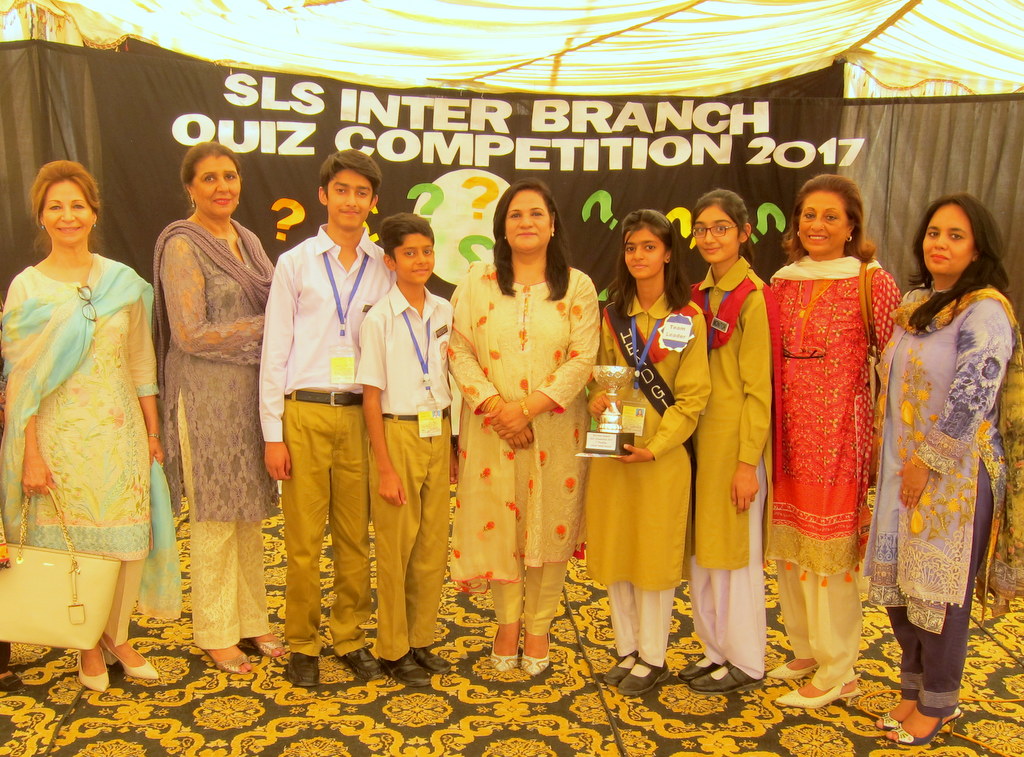 Teachers and students from the senior campuses showed up in order to support their respective teams at the Harley Street Senior branch that was hosting the event. The chief guests were educationalists Tehmina Malik and Asma Bakhtiar.

The nail biting competition comprised of five rounds. The first half of the competition constituted of Mutual Discussion rounds in which the team leader answered the questions after discussion with the team members. It was followed by Individual Visual round in which every student had to answer the questions individually after watching a video clip. A break in the form of a dance performance by the students of Senior Section Lalazar Branch brought the cultural tunes of Poland, Germany and China on stage fully decked with costumes and accessories.

The second half of the quiz completion constituted of the Buzzer Round and a Rapid Fire Round, the latter being the most entertaining with students having to answer maximum questions in sixty seconds. Applause and cheers from the audience kept everyone in a friendly-competitive mood. Before the announcement of results a group of students from the Islamabad branch sang heart-tugging songs on friendship.

Senior Section Lalazar bagged the trophy for the first position after scoring 140 points and Tufail Road branch stood second with 135 points on the points table. Managing Director, SLS Schools, Asiya Talha congratulated all the participating teams on their performance and the host branch for organising everything so well.