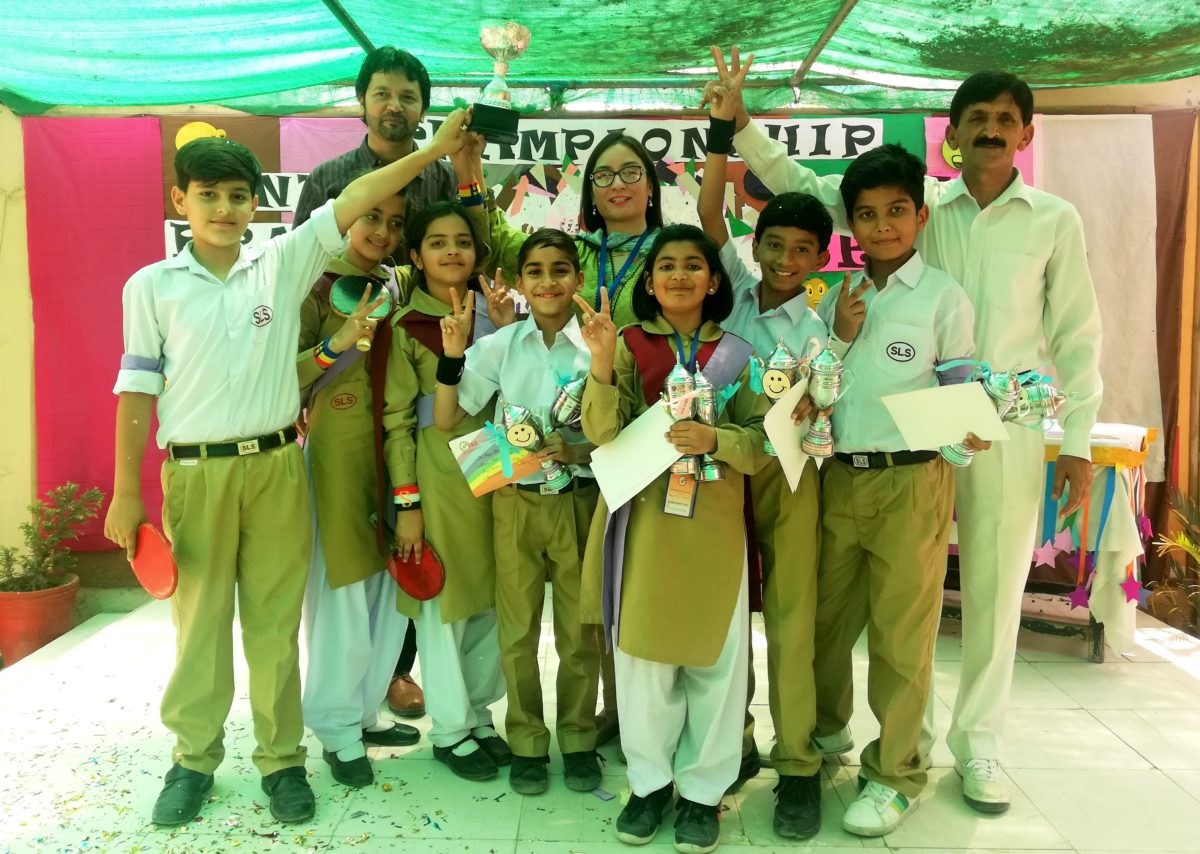 The week-long event was hosted by Peshawar Road Primary branch, Satellite Town Primary branch, 37-Tulsa Road Branch, Gulraiz Senior Branch, Harley Street Senior Branch and Islamabad Campus. A total of 408 students participated in this year’s competition out of which 212 were girl and 196 were boy participants.

Owing to the very enthusiastic participation of the students the five day tournament was divided into three levels and each level was further divided into two zones. Level one comprised of grade 8 and 9 students, level 2 had participants from grade 6 and 7 whereas level 3 comprised of fifth graders only. Playing in their separate categories the participants played the qualifying matches and semi-finals on the first four days, whereas the final matches were played on the last day of the tournament. With the supporters cheering in the crowd and the coaches encouraging the participants each match was a sight to see. All the participants played with great enthusiasm keeping in mind the true essence of the competition that is maintaining sportsmen ship.

The final matches were attended by Razi ud Din Ahmed, National and International Level badminton coach; Syed Saleem Abbass Kazmi, National and International Level Table Tennis Player and Gul Muhammad Memon, Chief Scientific Officer (r) Ministry of Science and Technology. The chief guests congratulated the participants and distributed prizes among the winners, runners up and the best players of the tournament and shared with them some words of motivation and encouragement.