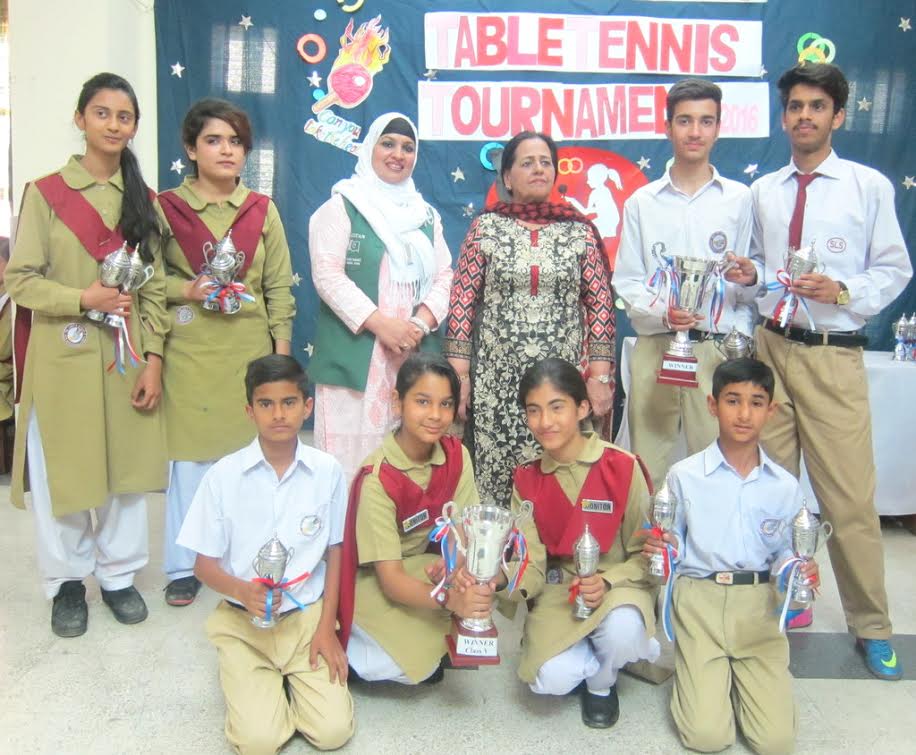 The event was hosted by SLS, Harley Street Senior section and the SLS, Islamabad campus.The competition was held between 18 branches from which a total of 320 players participated comprising of 164 girls and 156 boys.Grades 5 played in their own Primary category and 6th to 9th graders competed in the Secondary category. The first two days had the qualifying matches, semi-finals were played on the third day followed by the final matches and prize distribution on the fourth day.

Raheela Kashif, National Table Tennis player who has represented Pakistan forty times in various Asian games, SAF games and World Championships was the guest of honour to witness the thrilling final matches and to award prizes to the winners. All the participants played with enthusiasm and had the audience mesmerised in the games. Fellow students supported their campus players with a lot of cheering and applauding.

The Islamabad campus took the Champions trophy by winning the most number of matches and scoring 54 points on the points table after a tough competition with Lalazar Senior branch which stood second with 32 points. In the Primary category, Peshawar Road Primary branch stood first with 11 points after giving a tough time to 37-Tulsa Road which bagged the second position by scoring 8 points on the points table.

The chief guest appreciated the players admiring their great zeal and zest andshe also acknowledged the hard work put in by their coaches. She said that sports played a vital role in building confidence, in developing sportsmanship and maintaining not just good health but also a healthy mind.