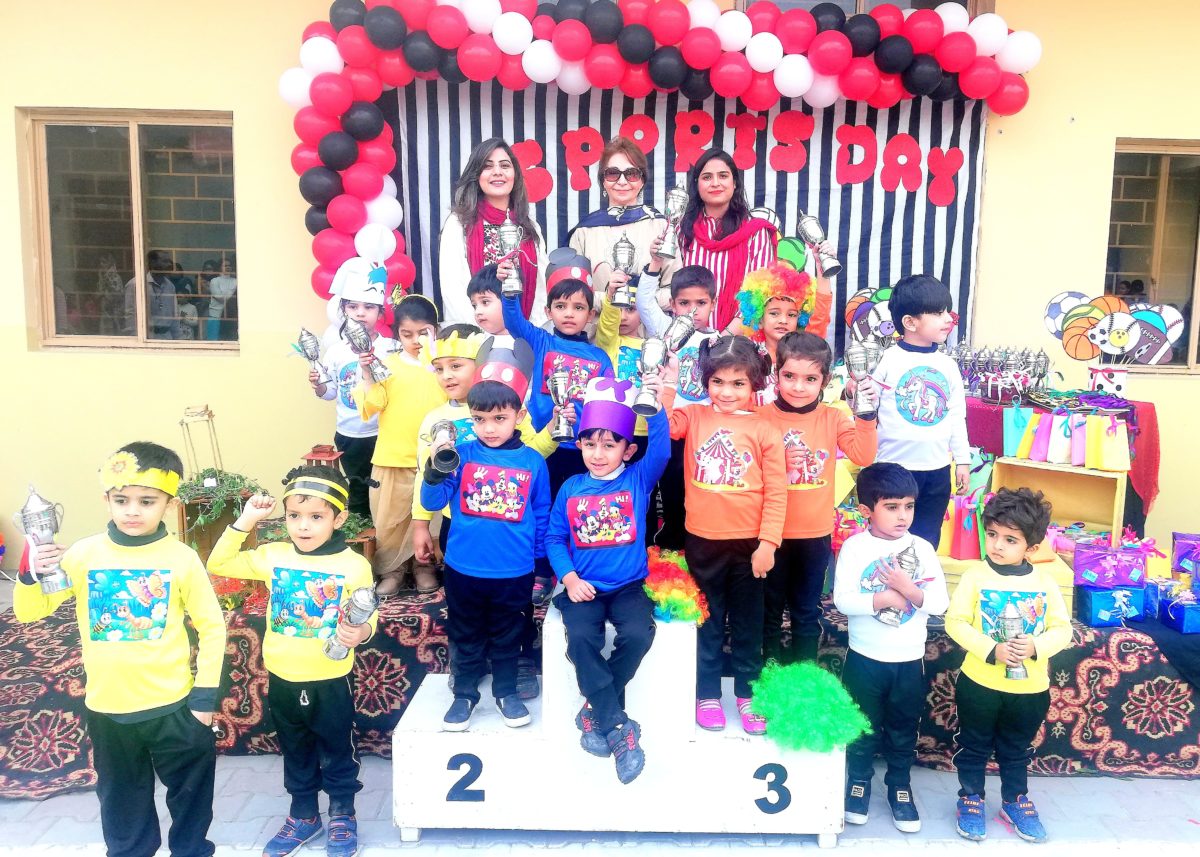 Junior and Senior Montessori students of SLS Montessori & High School, Gulraiz Montessori Branch enthusiastically celebrated a fun filled sports day as they took part in several theme based races. From sun flower race to unicorn race, treasure hunt of the sea shells and a sac race there was something for every student to participate in. The school ground was filled with a cheerful crowd of parents, grandparents and siblings of the participants.

The sports day started off with a torch lighting ceremony when two students enthusiastically lit the torch. Following the torch lighting ceremony a group of cheerleaders in colorful costumes holding pompoms took over the ground and performed on a poem. The school ground was filled with applause and appreciation for the adorable performers. A synchronized PT performance had everyone in awe as the students made different formations while marching on the beat of the drums. The students also did a march pass across the school ground waving at the audience as they showed off their perfect little costumes.

The series of races started off with the Junior Montessori classes. Dressed up in their colorful theme based attires the participants took their positions as the waited for the whistle. From farmer race to the bee race and an adorable clown and unicorn race the students of Junior Montessori took over the school ground. Everybody enjoyed and appreciated the participants. An intense winning moment was witnessed by the audience when some of the students dressed up as clowns tried to eat bananas to win the race. The highlight of all the Junior Montessori races was the ‘hop and complete the puzzle’ race. The enthusiasm of the young participants surprised the audience as they anxiously waited for the result.

The Senior Montessori races were no less. One could see the students dressed up as ghosts and witches for the sac race, some as jelly fish and other sea creatures to take part in their respective races. The participants were seen to be holding spoons in their mouths for the ping pong race as they carefully waited for the whistle. The school ground was filled with hooting and whistles for the little ghosts as they entered the ground for the sac race. The highlight of the Senior Montessori races was the moment when a tie was witnessed twice during the treasure hunt race, eventually both the participants were declared as the winners.