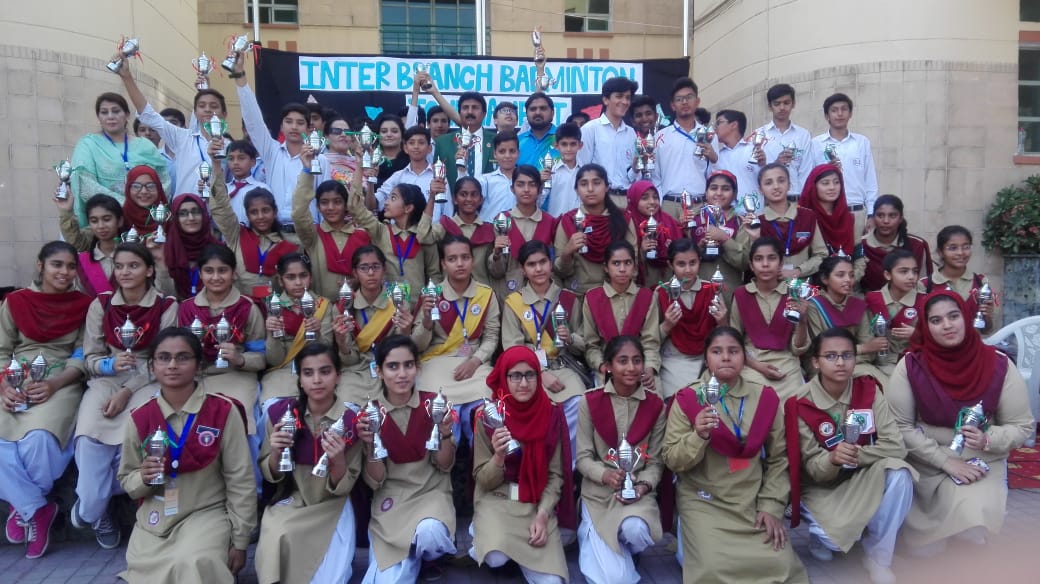 The exciting matches were hosted by SLS, Senior Section, Lalazar and SLS, Islamabad Campus. The competition was held between primary and secondary branches in which a total of 402 students competed in the singles and doubles category respectively and a total of 182 matches were played including the finals. Class V students played separately in the primary category whereas the students from class VI – X played in the secondary category.

The first three days witnessed the elimination matches and the semi-finals, and the finals were played on the fourth day where all the participants showed their brilliant badminton skills enthusiastically as the supporters cheered and applauded for their respective teams. Muhammad Ramzan Qasoori, secretary general, Islamabad Olympic Association & Associate Secretary Islamabad Sports Board was invited as the chief guest to witness the final matches and to distribute prizes among the winners.

The Islamabad Campus took the Champions Trophy in Secondary Category by scoring 34 points on the points table based on better scoring average. Senior Section, Lalazar stood second with 34 points after a tough competition with Islamabad Campus. In the Primary category Junior Section Lalazar took the Champions Trophy with +8 points and Satellite Town Primary 6th Road Branch stood second with +5 points on the points table.