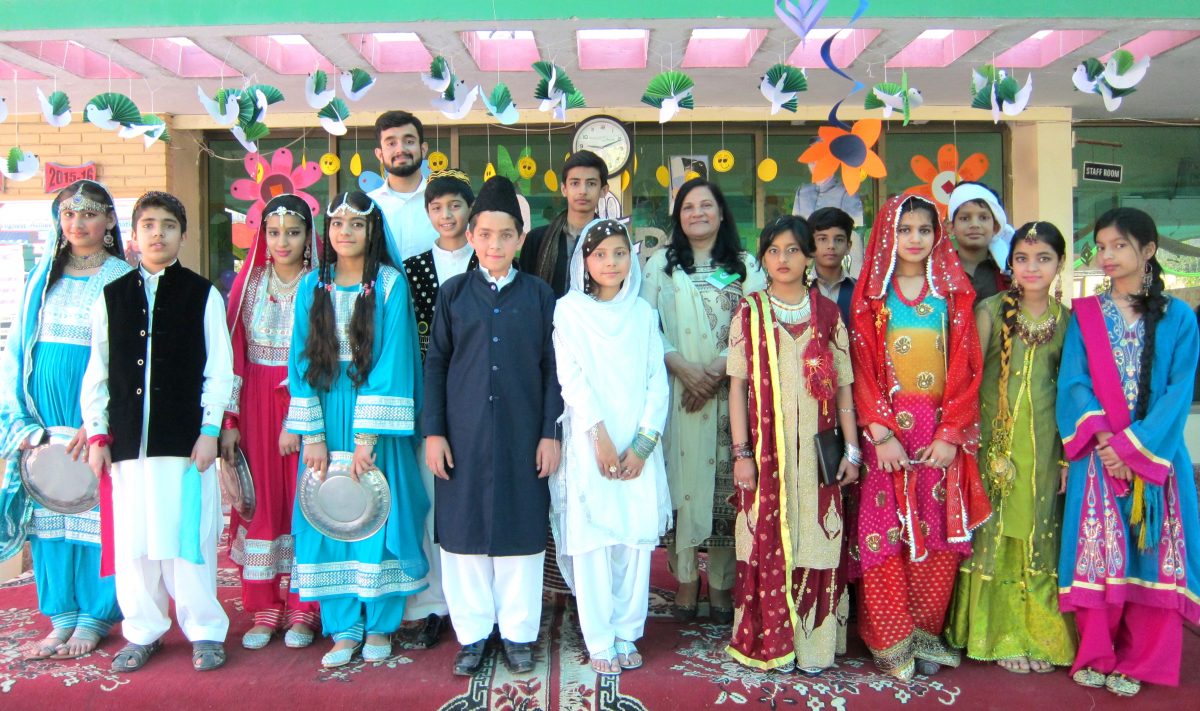 All campuses of Sadeeqa’s Learning System (SLS) Montessori and High School marked Pakistan Resolution Day in the form of weeklong succession of activities and events.

The students of SLS, Harley Street Senior branch celebrated this day with great zeal and zest with a special programme organised by the teachers and senior students. The programme began with a national song sung by a student creating an aura of nationalism and patriotism.

Since history plays an important part in making young minds understand the importance of days like Pakistan Resolution Day, a student delivered a speech highlighting the important historical events that led up of the day. To show the rich culture and heritage of Pakistan, students of grade 7, 8 and 9 presented a tableau on the national song ‘Rahay Salamat Pakistan.’ The audience cheered and applauded as the students danced on regional beats wearing beautiful dresses representing the diversity in the provinces of Pakistan.

The next performance was the highlight of the programme enjoyed equally by the students and the teachers. The school compound was filled with the sound of students clapping and cheering as the boys of grade 9 stepped onto the stage wearing the national dress of Pakistan with green scarves adorned around their necks and danced enthusiastically on the national song ‘Ay Jawaan Jeet Hay Tera Nishaan.’ This amazing performance was followed by girls and boys of grade 7 and 9 who took over the stage to sing a medley of our favourite national songs with the audience singing along waving small stick flags. More speeches were delivered by the senior students with the purpose of paying homage to the leaders who were the part of the freedom movement and to inculcate the notion of helping the country in hours of need.

Guest of honour, Lt. Basim Mustafa said a few but very encouraging words to the students about being honest and helpful citizens of the country. At the end of the programme, Principal Mobeena Moazzam addressed all the students and teachers and thanked them for arranging such a fantastic event to commemorate such an important day. She also thanked Lt. Basim Mustafa, an ex-SLS student for coming as a guest and motivating the students to do something for their country.