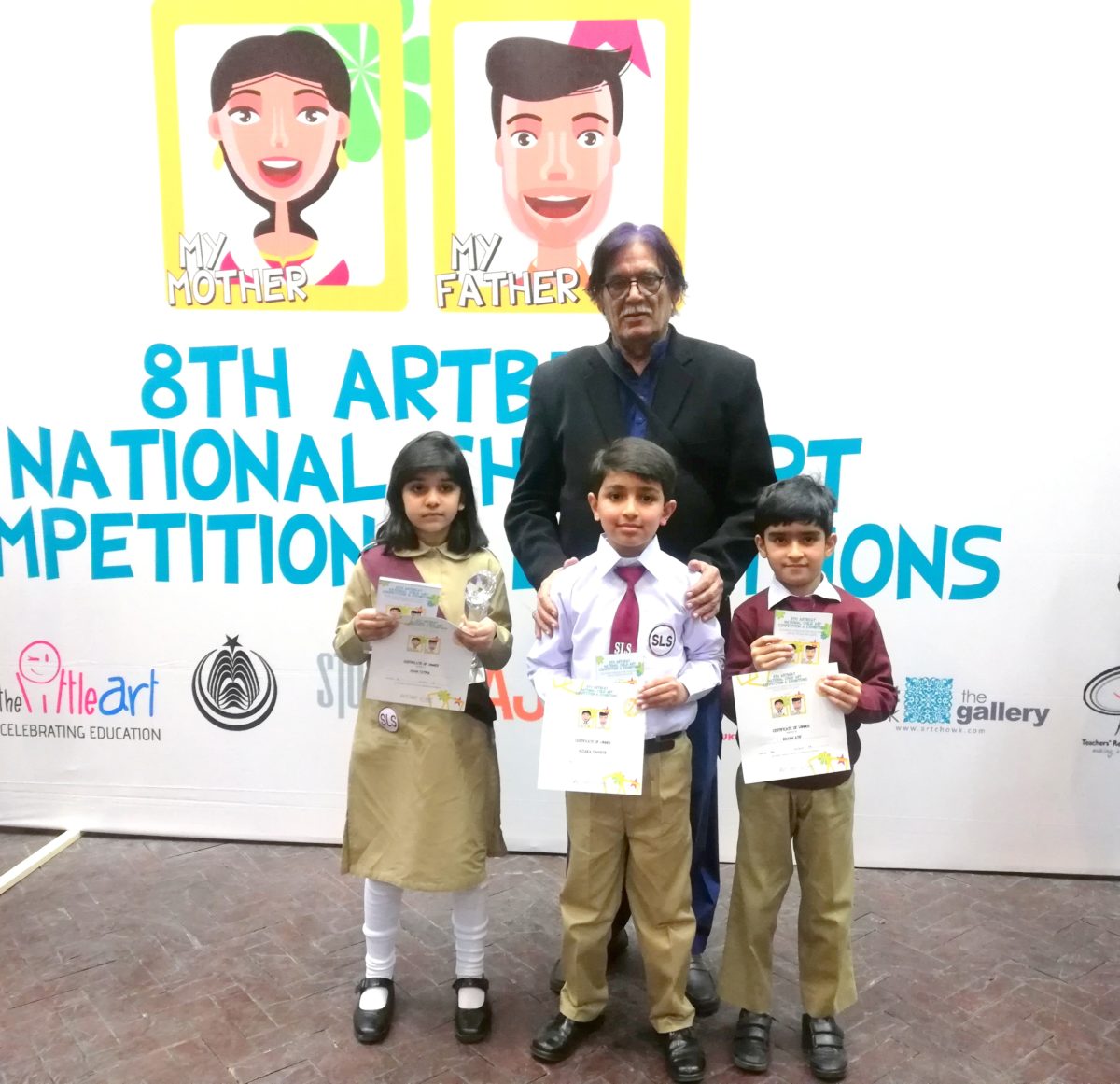 Rawalpindi: More than 700 students from Sadeeqa’s Learning System (SLS) Montessori & High School participated in The Little Art’s 8th season of ArtBeat – National Child Art Competition and over a dozen of them were invited to receive certificates and prizes at the prize distribution ceremony, says a press release.

The ceremony took place at the NCA Auditorium, where all the winning young artists from the North Region came along with their families to attend the ceremony preceded by an exhibition of the selected paintings. This year’s competition had the largest participation of children, with over 7,000 artworks from all across the country. Out of the 215 artworks chosen for exhibition, 14 were made by students of SLS School.

Adan Fatima of SLS, Satellite Town Junior Branch was declared as the National winner and was also awarded the first cash prize and a winning trophy. Rayyan Atif of SLS, Hali Road Branch stood second and received his cash prize while Huzaifa Tanveer of SLS, Gulraiz Senior Branch received his prize for the third position respectively. Excellence awards for the art teachers of SLS were also given as a token of appreciation for promoting child art among the students. The jury for the 8th ArtBeat Competition consisted of painter R. M. Naeem, Abdul Jabbar Gull – Sculptor and Painter, Sadaf Naeem – Painter, and Sajjad Akram – Visual Artist and teacher.

Chief guest Farooq Qaiser appreciated the students on their achievement and gave wonderful words of encouragement for them as well. He addressed the parents especially, convincing them to let this achievement be the beginning of the artistic journey of their children. The SLS students whose paintings were exhibited include Ayesha Imran, Fatima Batool, Bisma Adnan, Adil Utbah Omer, Zain Abbasi, Aiza Tariq, Dua, Numair Ahmad, Rijja Malik, Abdul Ahad Malik, Abdullah Irfan, Nabira Salman, Amna Shakoor and Syeda Nayyab.