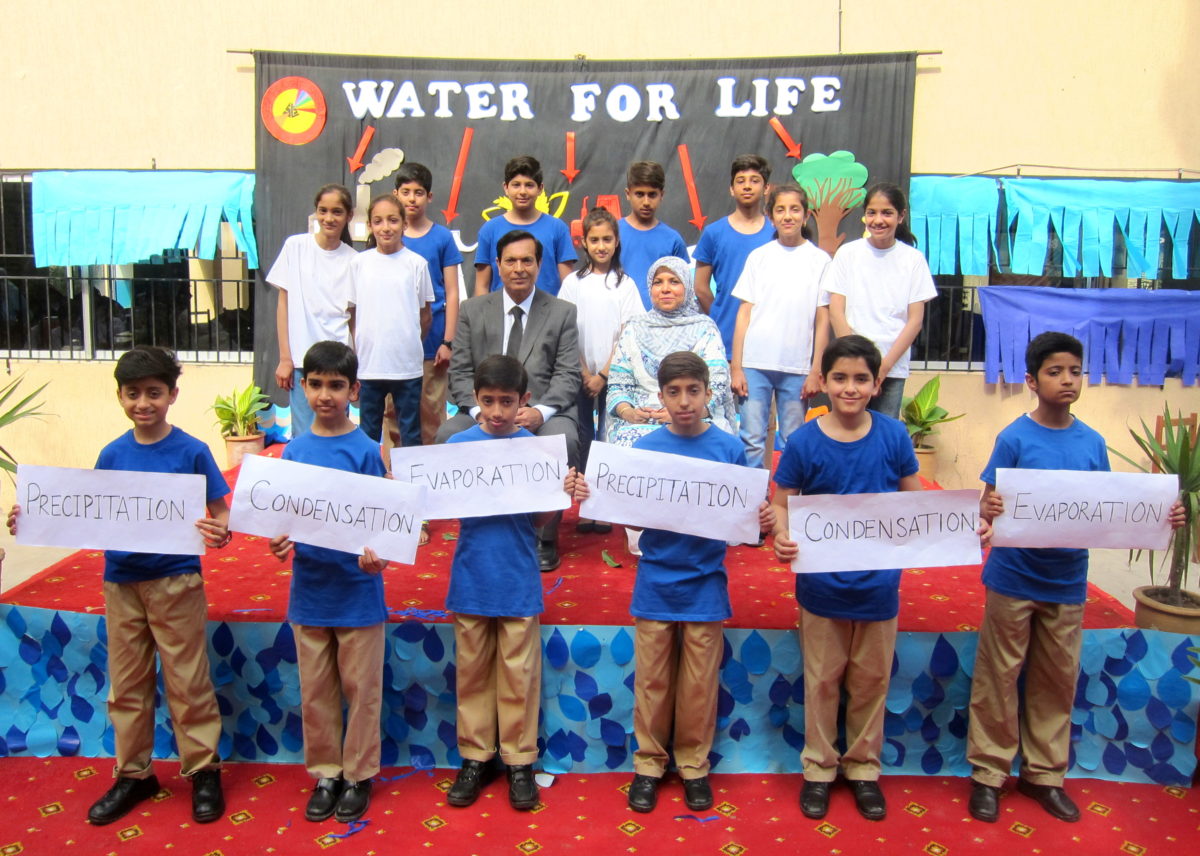 G.M Memon, resident director, Pak Oasis Pvt Ltd was invited as the chief guest. The program began with students welcoming the guest and the parents by performing on a welcome song. A small fact sheet was shared by some students which described the percentages of water consumption in different areas in our country.

A blue and white colour theme was given to the special program and the students were dressed according to it. Highlighting the water content in different fruits and vegetables, a group of students came up on the stage holding placards and presented the information one by one. The fact that water is the one most important element serving as the basis of life on earth and should not be wasted was presented in a colourful tableau on a song ‘Ye Pani Zindagani’ (water is life).

Moving towards the last part of the special program some students presented a skit which highlighted several instances in our everyday life in which we waste water without even realising. The second last performance was an interesting display of ‘The Water Cycle’ through props on a very catchy and an informative song. Looking at the performers giving step wise demonstration about the cycle the students in the audience applauded loudly as they were able to revise the science concept in a very fun way.

Relating the word ‘Pani’ (water) with different proverbial expressions in Urdu language a skit was performed at the end of the program which had dialogues with multiple Urdu proverbs relating to the term. Everyone enjoyed the skit and applauded in return.

At the end of the program Section Head, Adeela Rehman thanked all the parents and the chief guest for coming which was followed by an appreciative note about the special programme from the chief guest. The program ended as everyone got together over a cup of tea.