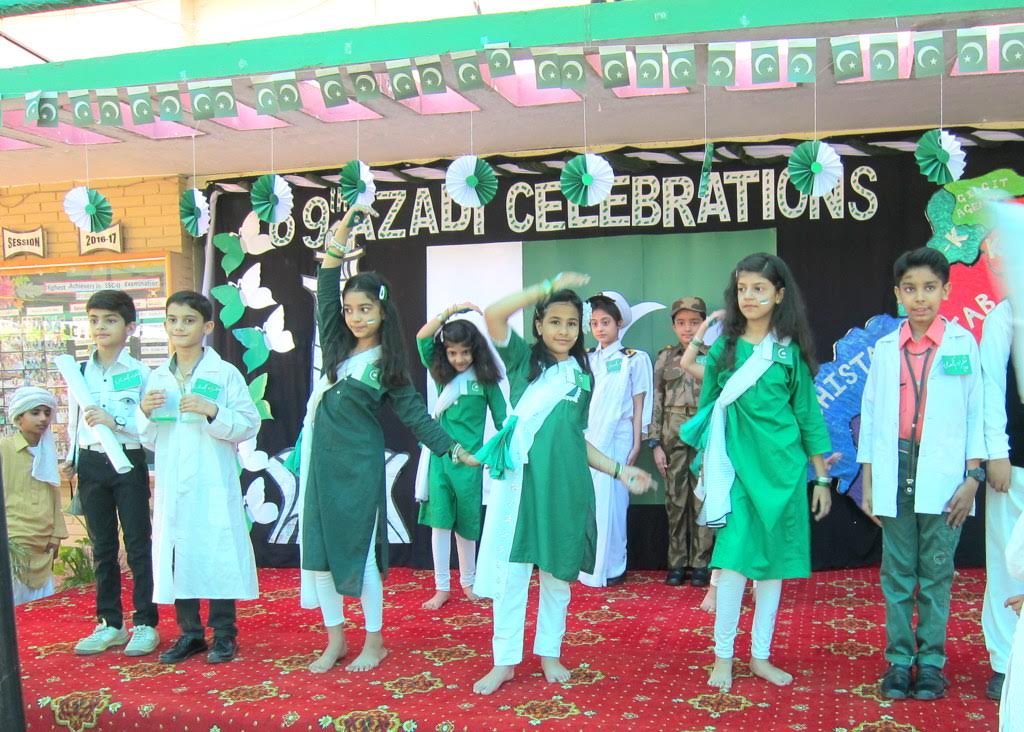 Independence Day was celebrated a little belated in all campuses of Sadeeqa’s Learning System (SLS) Montessori and High School in the form of a weeklong succession of activities and events, says a press release.

The teachers, staff, students and parents of SLS, Harley Street campus senior branch gathered for a morning event to mark the occasion. The teachers and students dressed up in the green and white showing the unity and diversity symbolised in our flag. The ground and the surrounding areas were decorated with dozens of Pakistani flags and balloons of green and white colour.

More than 450 students from grade IV to X took part in the celebration with great fervour and enthusiasm. The junior students showcased their creativity and designing skills by making badges and sunshade caps designed like our country’s flag. They had painted their faces with green and white colours, the white representing religious minorities, and the green representing the Muslim majority. The campus felt alive with a patriotic spirit. Students took pledges, sang patriotic songs, presented skits, tableaus and conducted speeches inspiring national pride.

The event concluded beautifully with a prayer in the form of a national song. Principal of SLS, Harley Street campus senior branch, Mobeena Moazzam thanked the audience of parents and students and appreciated everyone’s efforts. She said that freedom is a gift, a privilege and a challenge; it does not consist in doing what one wants to do but doing what is expected to be done. Students, she said, were the hope of the nation, the ones to take it into the future and make it a happy nation.