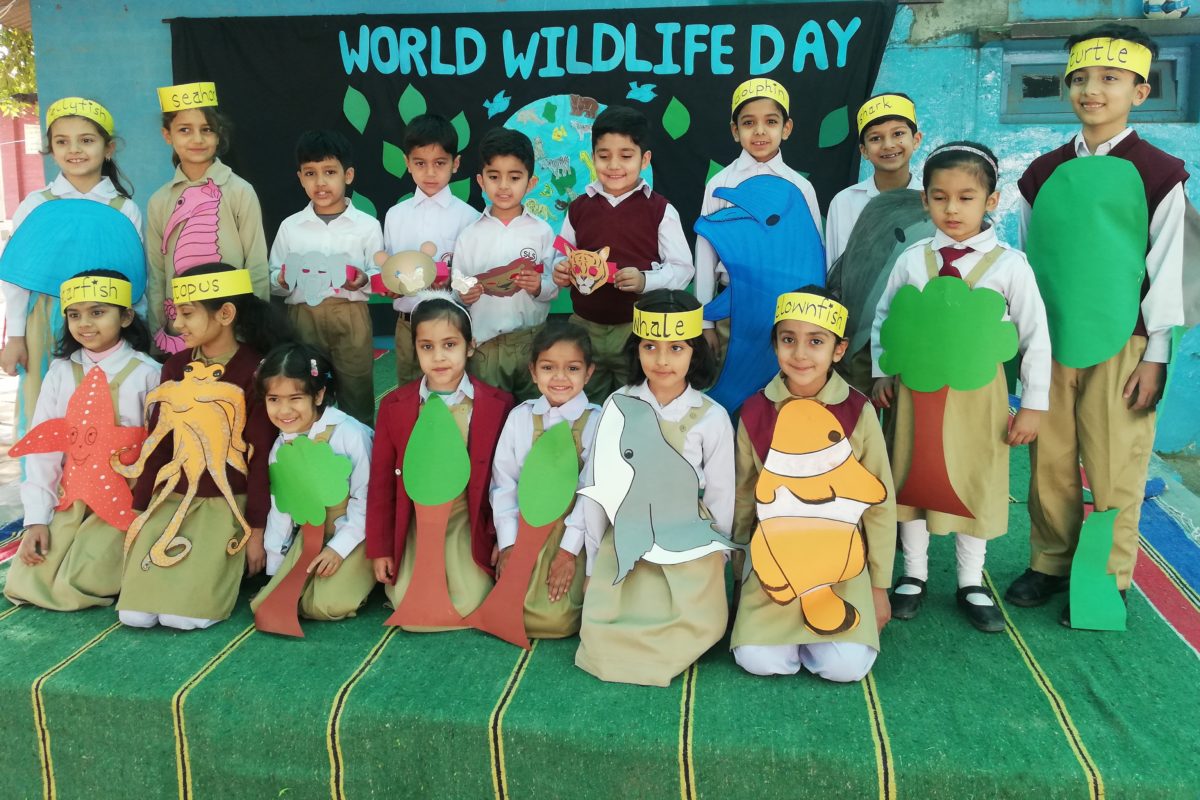 A special morning assembly was arranged in this regard for the students of Montessori classes and grade 1, 2 & 3 of Khadim Hussain Road Branch. The students in the audience were excited to see the participants wearing masks and paper costumes dressed up as different wild animals. The assembly started off with the introduction of the day by one of the student which was followed by a presentation about the wildlife found under the sea keeping in mind this year’s theme ‘Life below Water: for People and Planet’. Dressed up as different wild sea animals wearing paper costumes and head bands the students came up on the stage one by one and introduced themselves while sharing some interesting facts about each sea animal that they represented. One could see on the stage a tiger shark, a seahorse, clown fish, a dolphin and a turtle moving its flippers. Next on the stage came a group of Advanced Montessori students who performed on the poem ‘going in the jungle.’ The poem performance was thoroughly enjoyed by all the students. They audience sang along with the performers and guessed different wild animals found in the jungle and mimicked their sounds and actions.

The last performance of the day was a role play between two students who discussed about different wild animals living on the land in order to write a school essay about them. A group of students dressed up as different wild animals were also present on the stage. The students shared information about the habitats of the animals, their favourite food, one interesting fact about each animal and also tried to mimic their sounds. The role play ended with a special message to preserve the wildlife by not destroying the forests and the homes of these animals as they form an important part of our ecosystem.

The Montessori students made finger puppets and paper crowns of wild animals and the teachers interacted with them to create awareness about taking care of plants, birds and animals.

Section Head, Mrs. Ume Salma appreciated the teachers and the students for a well celebrated week conveying the message of saving the wildlife, flora and fauna and also for being a voice for the animals as they cannot speak for themselves.